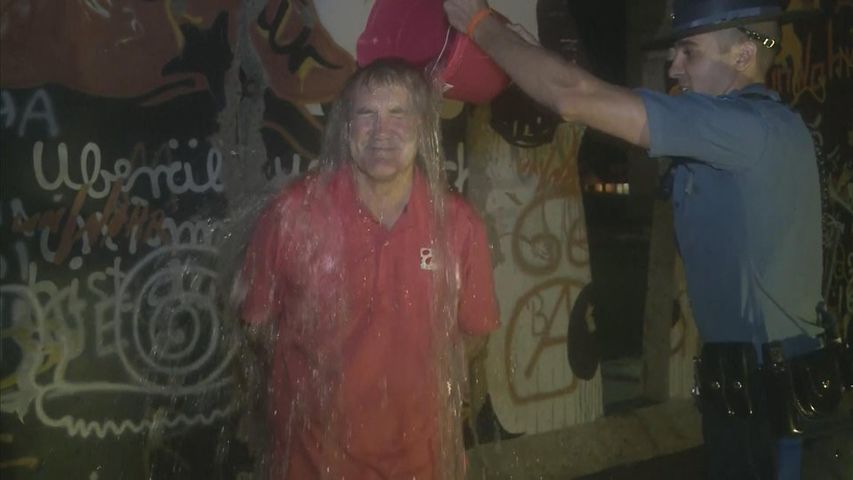 FULTON - KOMU 8 News anchor Jim Riek was soaked in ice water Friday afternoon, after being prompted by Missouri basketball head coach Kim Anderson to take part in a viral media campaign designed to raise money and awareness for the ALS Association. (See video by clicking the thumbnail on the left.)

According to the ALS, there have been 70,000 new donors since it launched a call for people to either have a bucket of ice water poured on their head or donate money to the organization. Many participants have done both.

Now Riek has challenged every broadcaster in the state of Missouri to take on the ALS Ice Bucket Challenge.

Amyotrophic lateral sclerosis (ALS), which is also known as Lou Gehrig's disease, is a progressive neurodegenerative disease that affects nerve cells in the brain and the spinal cord. Those that don't want to dump ice water on their head, can still donate to the foundation.

The organization said it has raised more than $4 million since July 29, which is four times what it made in the same period last year.

"While the monetary donations are absolutely incredible, the visibility that this disease is getting as a result of the challenge is truly invaluable. People who have never before heard of ALS are now engaged in the fight to find treatments and a cure for ALS."