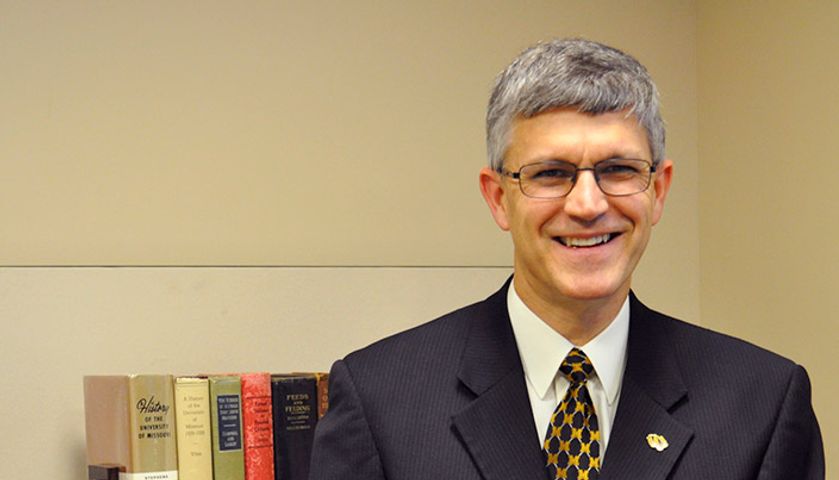 COLUMBIA - The University of Missouri announced Jim Spain as the new interim provost and executive vice chancellor on Thursday. He will be replacing Garnett Stokes, who served for three years.

Spain has been on MU's faculty since 1990 and he has held numerous positions, including vice provost for undergraduate studies, vice provost for eLearning, assistant dean of academic programs for the College of Agriculture, Food and Natural Resources and director of the MU Student Success Center.

Chancellor Alexander Cartwright said Spain "has a strong track record on enhancing educational outcomes for our students and is dedicated to the success of faculty and students at Mizzou."

He said he believes Spain is a good choice to serve until a permanent provost can be named.

"Dr. Spain displays a passion and dedication for Mizzou that is unmatched, and I am confident that he will serve the university well in this role," Cartwright said.

He'll be part of the national search for a new provost. Spain said he believes the community would like to see someone with “a strong record of scholarship and someone who has worked in a comprehensive research institution in an AAU university setting.”

Spain said the university would benefit from someone who understands the depth and breadth of MU, as one of the most comprehensive universities in the country.

“If we do our job right in the next six to eight months, it will be a really, really attractive job to provide the right person, and will be a really exciting opportunity when they get here,” he said.

Spain has no aspirations to place himself in the running for the provost position.

“It was clear between myself and Chancellor Cartwright that my role was to get the position ready for the permanent provost,” he said.

Spain said, once the position is filled, he’ll go back to the job he deeply loves, which is working with undergraduate programs.

The university’s current plan for Spain is to perform both his current and new responsibilities. Spain said he will delegate tasks to faculty fellows who have demonstrated superior work, and will broaden their current obligations.

He said his next two or three weeks will really be about becoming better educated on several key issues:

"What are the major projects and initiatives, where they’re at, what are the next steps, and what can I do to help support network,” he said.

Spain said he has three priorities: finalizing next steps for the assessment of academic programs that fail to meet state requirements; the strategic enrollment planning process; and student success rates.

Spain said he expects to get a lot of help from outgoing interim provost Garnett Stokes.

“The provost works on things that haven’t necessarily been in my wheelhouse, so she needs to bring me up to speed on what some of those things are, where they’re at and some of the next steps as she sees them.”

Spain plans to connect with deans of the schools and colleges across campus to see what projects and initiatives they are working on to begin to give them the support they need to be successful in their endeavors.

“I love this place. I love the people this place represents and have a deep feeling about this work. I am humbled and honored, but excited about the opportunity to contribute to the future success that I am sure Mizzou is going to enjoy.”

Spain is the father of KOMU 8 Anchor Emily Spain.

He will start to work as interim provost on Feb.1.