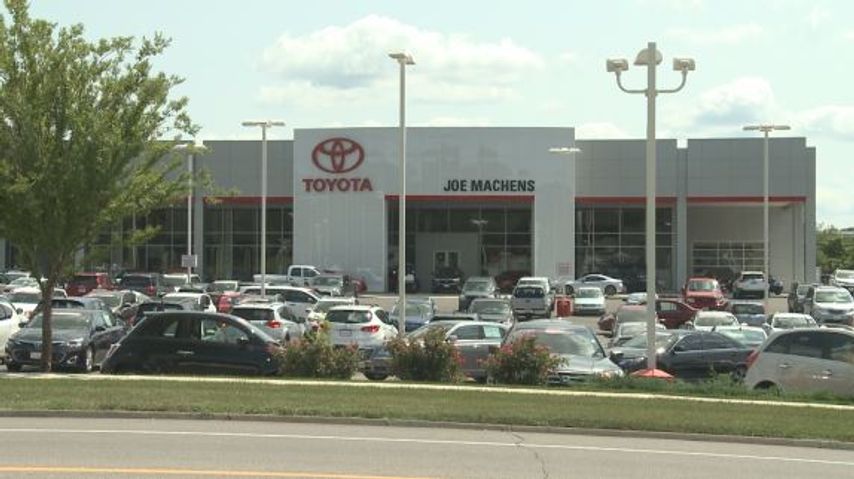 Joe Machens Dealerships said it will continue to operate under the Joe Machens brand name.

"The McLarty Automotive Group understands the importance the key importance of people and relationships to the success of the dealership, said Gary Drewing Sr., President of Joe Machens dealerships. "We are delighted that the 46-year-old Joe Machens heritage, as well as its commitment to exceptional customer service, will continue under the proven leadership of McLarty Automotive Group, and that our valued employees will remain core to the team within the dealerships.”

“Gary and Rusty Drewing have developed an outstanding team and one of the leading dealership groups in the Midwest,” said Mark McLarty, Chariman of McLarty Automotive Group. “We are honored to continue that tradition of excellence which depends on so many talented employees, and we are committed to ensuring a smooth transition that enables the dealerships to continue to serve the community and customer base.”

Joe Machens Dealerships has four main locations based out of Columbia. The company reigned 18 years as the largest-volume dealer in the state of Missouri according to their website. Machens currently owns 16 franchises.

MACHENS' HISTORY
According to the website, Joe Machens Dealerships date back to 1969, when Joe Machens opened his first Ford franchise in Columbia. The dealership continued to grow in size an reputation throughout mid-Missouri as Gary Drewing joined the team in 1983 as a partner and general manager.

By 1989, Machens had expanded to include Audi, Porsche, BMW, Volkswagen, Honda and Toyota franchises. Joe Machens passed away in 1997 due to long-term illness. He passed company ownership onto his partner Gary Drewing and his son Dave Machens.

Gary Drewing bought out Dave Machens half of the company and became the sole owner of Machens Dealerships in 2006. By 2008, Machens ownership rose to 10 franchises with the inclusion of Mazda, Mercedes Benz, Cadillac and Pontiac. A year later, Machens measured its total employment to over 550 employees.

By 2010, Joe Machens Dealerships was the 11th largest employer in Boone County with 613 full-time staff members. Shortly after, Machens opened its first dealership outside of Columbia, Capital City Ford. Machens most recent business change was purchasing a Chrysler Dodge Jeep Ram franchise in 2013.

According to the Columbia Regional Economic Development Inc., or REDI, Joe Machens Dealerships is listed as the 12th largest employer in Boone County. It reported 711 employees in the 2014 survey. Machens did not respond to REDI's 2015 survey.

[Editor's note: This story has been updated to add the most current information reflecting employee data from Joe Machens and to state that McLarty Automotive group is not a part of RML Automotive.]