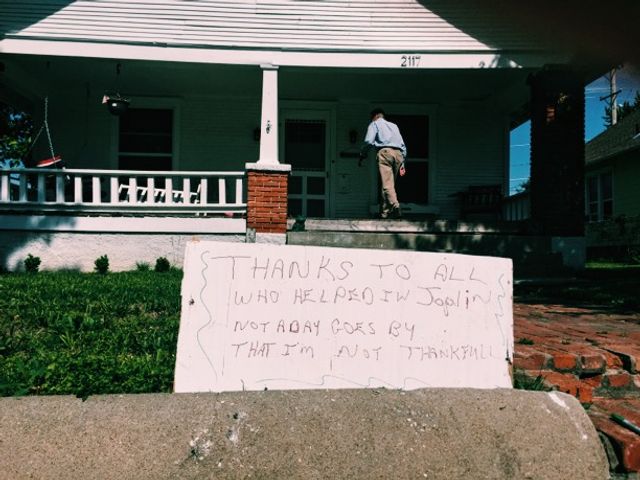 JOPLIN- A recovering community gathered at a special memorial held at Joplin's Cunningham Park Saturday in remembrance of the five-year anniversary of the devastating tornado.

Michelle Hare lost her 16-year-old son Lance tragically in 2011. Despite her personal challenges, she remains optimistic and thankful for her beloved community.

"Everybody's days are different and everybody's mind frame about what happened that day and the days following and the years following are going to be different. To respect that and love that and honor that is very important," said Hare.

At the service, Hare read Lance's name along with the names of the other 161 victims. She remembers her son, who had just earned his drivers license, fondly.

"He just had one of those smiles that just lights up your life," said Hare.

The other reader, Bethany Newsom lost her husband as he shielded her in their bathtub from the storm. Initially, Newsom was apprehensive to read the names.

"When I was asked to do it, it took a little bit of thinking about it because it's a flood of emotions. I wanted to honor those that couldn't be there with us today," said Newsom.

For Newsom, holding back tears was difficult as she recalled the memory of her beloved husband.
"Unfortunately as strong as a person as he is..was...he couldn't beat a tornado."

Both Newsom and Hare expressed their gratitude towards the community and spoke of the "one-of-a-kind community" that is Joplin.

After the tornado, many feared that Joplin, having had experienced such wreckage, would turn into a ghost town. Today though, that is anything but the case.

"Time goes by faster than we would like but we have definitely progressed and moved forward and as a community we have made each other stronger," said Newsom.