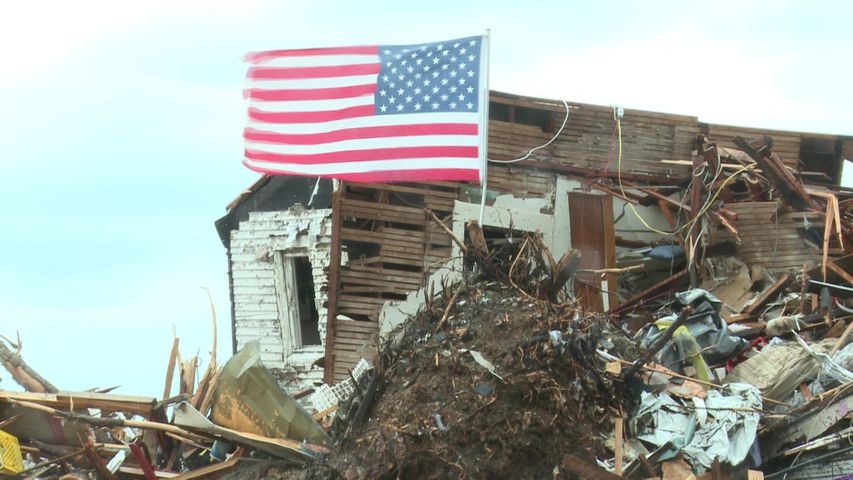 JOPLIN- Joplin high school students had a mix of emotions on Wednesday as they started their first day back to school after the tornado. Confused students, nervous jitters and new surroundings made returning juniors and seniors seem more like freshmen. The first day of school for these students meant they had to adjust to new schedules, new classrooms and a new building.

Emma Cox, a high school senior woke up early to prepare for the first day back.

"I'm more excited than any other time every for first day of school. It's not only my senior year but we're in a brand new building that was designed specifically for us."

The new high school cost about $30 million to complete.

Some students were skeptical of the new building at first.

"When I first heard we were going to the mall, I thought it was a big joke," said senior Brad White.

Take a look around the new high school and you'll see new classrooms, state of the art technology and trendy eating quarters.

The school features plasma TV's, personal laptops and functional classrooms.
You would never know this use to be a vacant department store.

Making the building feel like a school was a top goal of architects.

"They can drive to the mall, they can see the mall, but when they get into the school it's an environment that's going to draw them in everyday and make them excited to come to school," Architect Kevin Greischar said.

"We were challenged to design a building in only 55 days."

With half the space of the old high school, architects got creative with a building that was not designed to be a high school.

Even with creative layout of the building, one teacher was concerned about some of the designs.

"The walls only go about three quarters of the way up so it's really easy to hear the teachers next door to you," said social studies teacher, Tobin Shultz.

Most classroom walls don't touch the ceiling. Some even move.
Noise from the hallways and other classrooms may be a distraction for students.
But architects say noise shouldn't become a problem.

"The noise might be a little bit there but we also know that the teachers and students will kind of modulate their activities based on that," Greischar said.

"Kids here in Joplin were ready for a change ready for a new environment and I think they'll embrace it and do well," Pierre Jason said.

With all the uncertainty surrounding these students the last few months, one thing is for sure.
You can expect to see them bright and early at the start of the school day.