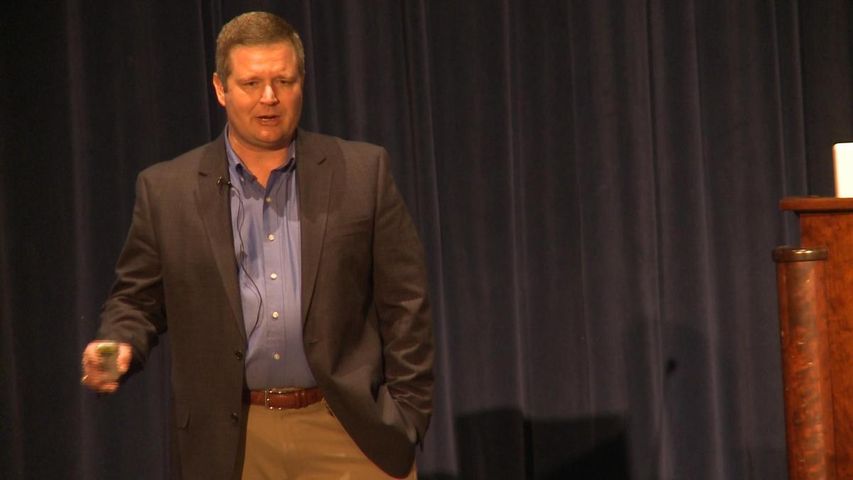 COLUMBIA-  "Almost anything is possible when a community comes together." That was C.J. Huff's message Thursday at Rock Bridge High School. He spoke about the difficulties Joplin faced almost three years ago amidst the tornado that took the lives of 162 people.

Huff is the superintendent of the public schools in Joplin. He led his community in the effort to rebuild the schools that were destroyed by the tornado. Huff was named People magazine's 2011 Heroes Among U.S. Award Recipient, and was also named Missouri's Superintendent of the Year last year.

"It's all about the relationships," he said. He highlighted the importance of the community who supported him while he fought to pick the schools in Joplin back up after the tornado. The disaster flattened nine out of the 19 schools in Joplin in May 2011.

"We would not be where we are today if it were not for the people that have supported us across the state," he said.

Huff said he is proud of how Joplin has come back from the tragedy and is looking forward to the opening of a new high school in August.