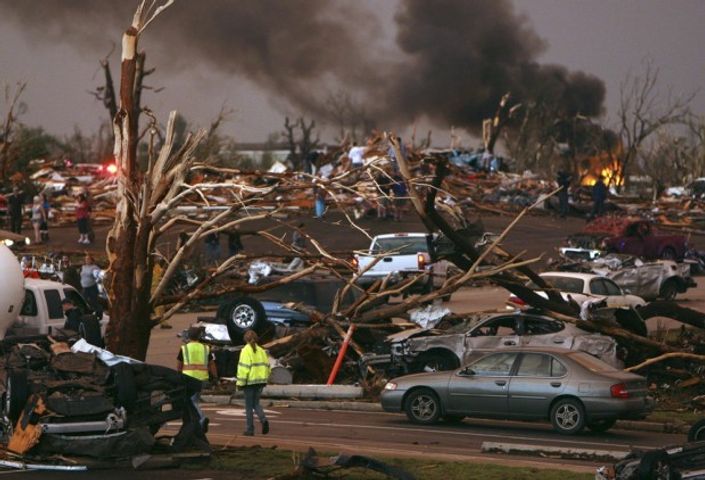 JEFFERSON CITY (AP) - The tornado that destroyed a broad swath of Joplin ranks as the deadliest to hit Missouri in more than a century. At least 116 deaths from Sunday's tornado had been confirmed by Monday afternoon.

The federal Storm Prediction Center said the worst tornado in Missouri's history hit St. Louis on May 27, 1896, leaving an estimated 255 people dead. The toll in Joplin exceeds those of two other major tornadoes, which also occurred in the southern tier of Missouri.