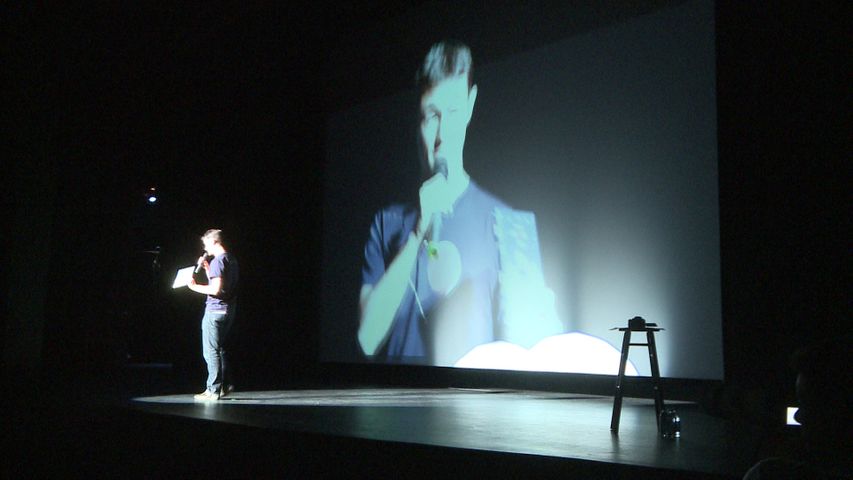 The two-hour event, hosted by Joseph Gordon-Levitt, included live performances, and short films from collaborators of Gordon-Levitt's company, hitRECord. The crowd cheered for Gordon-Levitt, who started the company five years ago. The event encourages the audience to get involved and film the event for hitRECord's website.

Some atendees said they arrived four hours before the doors opened so they could get front row seats to the show. According to event officials, by the time guests were let in, the line went all the way to Speakers Circle. Once the event started,  Gordon-Levitt even got audience members involved, inviting one guest to the stage after he responded to the event hashtag on Twitter.

To get involved with hitRECord, or learn more, you can visit the website.