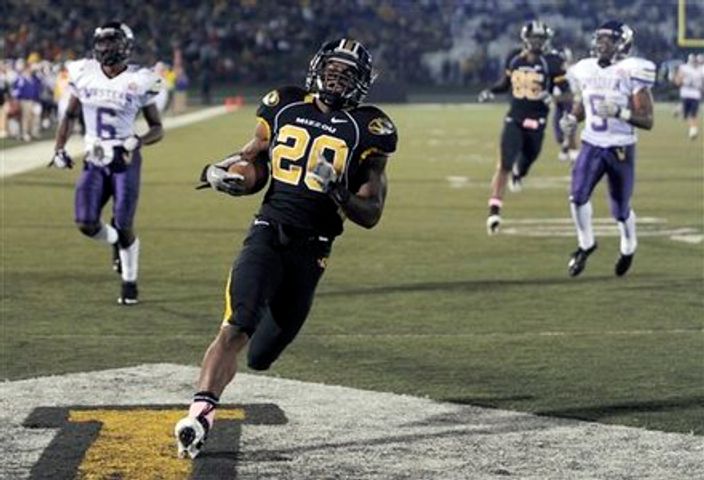 Josey ran for 263 yards and three touchdowns in the first half of Saturday's 69-0 win over Western Illinois. He also had 14 first-half carries, and averaged 18.79 yards per attempt. The sophomore needed 57 more yards to set the MU single-game rushing record of 319 yards set by Devin West in 1998 against Kansas.

Josey's rushing total is the highest single-game output in the NCAA through games of September 17, and it was the fourth-highest single-game total in MU history. His three scores came from six, 21 and 68 yards. He is currently first in the Big 12 and sixth nationally in rushing, with 133.33 ypg. His per-rush average of 13.8 through three games is tops in the nation among those with 15 or more carries on the year.

The award marks Josey first time be recognized by the Big 12.