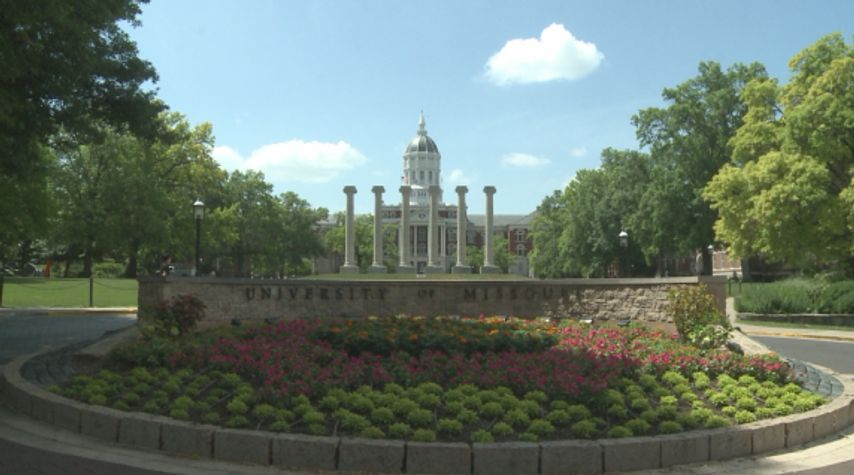 COLUMBIA - A judge ruled Monday that the University of Missouri's rule barring guns from its campuses is constitutional.

The rule was challenged by two lawsuits in 2016, one filed by then-Attorney General Josh Hawley and the other by MU law professor Royce Barondes.

The attorney general's office argued employees of the University should be allowed to keep guns in their vehicles as long as they're locked up and out of sight. They should also be allowed, the office claimed, to seek permission to carry concealed guns while at work as long as they had a valid conceal-and-carry permit. The two suits were heard and ruled on together.

In his opinion released Monday, Judge Jeff Harris said the University presented "unambiguous and essentially unrebutted testimony" in support of the rule from two police chiefs, both of whom described themselves as gun rights supporters. In contrast, Harris said the attorney general's office gave no evidence from law enforcement and "relied solely on a statistician whose opinions arguably support" the university's rule.

In his testimony, MU Police Chief Doug Schwandt said he was opposed to changing the university rule, saying that doing so "would have nothing but adverse impacts in countless ways" and would "increase the chances of all kinds of situations happening."

The attorney general's office called a single witness, a statistician from the University of William and Mary.

Dr. Carlisle Moody presented four statistical models to determine whether allowing guns on campus affects violent crime statistics. Harris said Moody's testimony "arguably [corroborated] the law enforcement testimony of Chief Schwandt and Chief Freet...Even giving Dr. Moody's opinions their most favorable construction, they are at best inconclusive and do not provide the Court with a basis for second-guessing law enforcement and finding the Rule unconstitutional."

"The University vigorously supports the Second Amendment, and we are pleased that the court found the firearm policy constitutional. The safety of our universities is among our highest priorities; we believe the court’s decision serves the best interests of our students, staff, faculty members and others who spend time on campus. This policy has worked well for decades to support safe environments for all to learn, live and work together to carry out our higher education mission."

Local activists also reacted to the ruling. Abby Degroot is a school shooting survivor from Denver and a current student at MU.

Degroot was a freshman at Arapahoe High School when an individual shot and killed another student, then proceeded to light the library on fire.

She said the key is for people to be safe and educated with guns.

"Everyone in my family goes hunting and I'm not against having guns in general," Degroot said. "I just think you need to do your research and realize that, for the most part, advocates like me aren't trying to take away all guns. They are just trying to make it safer for people that have them."

Degroot added the episode still haunts her to this day.

"I've dealt with flashbacks and panic attacks full on," she said. "I'll hear a noise and be taken back to that moment instantly. And it was seven years ago now."

Barondes, who originally filed one of the suits, sent KOMU 8 the following statement:

"A bipartisan set of three successive Missouri Attorneys General, starting with Democrat Chris Koster, have asserted in court that the university is violating employee firearm rights. Understanding that Harris' rulings in the case have rendered nugatory an express statutory provision, I should think the State of Missouri would be entertaining an appeal."

Barondes added his participation in the litigation ended long ago.

KOMU 8 has reached out to the attorney general's office and Josh Hawley's office for comment.