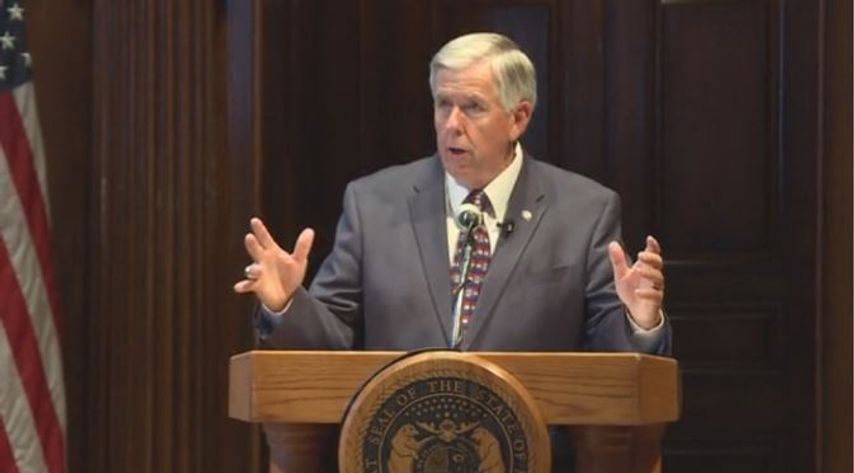 JEFFERSON CITY - A lawsuit on whether Gov. Mike Parson has the authority to appoint a new lieutenant governor was heard in court Thursday.

The Missouri Democratic Party is suing over the lieutenant governor appointment after former Gov. Eric Greitens resigned amid scandals. They filed on behalf of Darrell Cope, a World War II veteran from Hartville, to give Missourians the chance to elect the state’s next lieutenant governor.

Parson appointed former state Sen. Mike Kehoe on June 18 and was sworn in soon after.

The plaintiff’s attorney, Matt Vianello, asked for a declaratory injunction. He said he no longer wants to remove Kehoe from office and only wants the judge to declare what the law means. He said this is an important issue that needs to be resolved and that citizens have been questioning what the law says for decades.

“I think the attorney general has the ability to fill an action to remove somebody who’s unlawful in office and so does the Cole County prosecutor,” Vianello said. “Once a declaration is made stating what the law is, if that declaration is that the appointment was invalid, well then I think the question is going to be are the other officials going to follow what the courts say.”

“A court cannot say a provision has no meaning,” Vianello said. “It is actually presumed that every statute, every word, every constitutional provision has meaning, so how do you give meaning to article 4, article 7 and section 105.030? The way that you give meaning to all of them is by saying that the governor does not have authority to appoint a lieutenant governor."

Vianello believes this would be a direct appeal to the supreme court.

Solicitor John Sauer for the Attorney General's office argued Missouri’s constitution does give the governor the authority to appoint a lieutenant governor under article four section four, because it authorizes the governor to fill vacancies in all public offices.

According to Missouri’s constitution, the governor has the authority to “fill all vacancies in public offices unless otherwise provided by law, and his appointees shall serve until their successors are duly elected or appointed and qualified.”

Sauer also said the only relief Cope could seek would be an order blocking the payment of the lieutenant governor's salary when citing taxpayer standing.

He also argued the case must be dismissed because private plaintiffs have no authority to seek the removal of a statewide officeholder through litigation.

The attorney general’s office filed a motion to dismiss the case last Thursday.

Parson’s office issued a statement when the lawsuit was initiated, which said: “Missouri’s Constitution is clear in granting gubernatorial authority, and includes a mandate, to fill the vacancy of the Lieutenant Governor. Former Governors of both parties have articulated the exact same position. We are confident this appointment will be successfully upheld.”

On the day of Parson’s appointment, former Missouri governors took to Twitter to address the issue on whether Parson has the right to appoint a lieutenant governor.

Former Gov. Jay Nixon said, “Missourians are best served by having a lieutenant governor in office.”

“As attorney general and later governor, I researched this issue extensively and firmly believe the governor has the authority to fill a vacancy in this office by appointment,” he said.

Former Gov. Matt Blunt wrote on Twitter: “I believe Missouri’s constitution empowers @GovParsonMo to appoint a lieutenant governor. Given the many assigned responsibilities of the lieutenant governor it is clear to me that the intent was and is that Missouri should have a leader in that role.”

Vianello said he couldn’t comment on what his clients would do next if they lose the case.

The judge did not issue a ruling Thursday.