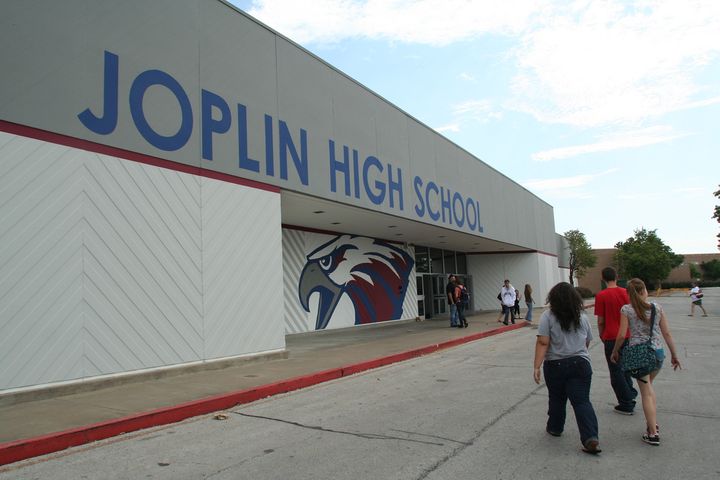 JOPLIN - It's the last time the Joplin High School in Northpark Mall hosted the first day of school for 11th and 12th grade students Thursday. As an incoming junior, Tess Harmon was excited to attend the temporary campus.

"This campus is obviously amazing and I think it's every kid's dream to go to school in a mall," Harmon said.

Harmon and Kelli Price, an administrator for Joplin schools, walked around the high school in the mall Wednesday and showed KOMU 8 News the ins and outs of the campus. Price said the school district tried to make the mall as spirited as possible. Price said it was difficult to house all of the students after the tornado destroyed the high school.

"After the tornado, we couldn't find a space big enough to fit everyone so we had to split our classes," Price said.

That left 11th and 12th graders at Northpark Mall and 9th and 10th graders across town at another temporary school.

Harmon said attending the school for 9th and 10th graders was fine, but she always heard about the school in the mall.

"When you're at the 9/10 campus, you hear about the 11/12 campus and everything that goes on over here and everybody looks forward to coming here," Harmon said.

From study rooms called think tanks to the coffee shop, Harmon couldn't wait to walk in the door. But this first day of school would be the last in this temporary campus. The new high school is set to open in exactly one year from Thursday and Harmon will be part of it's first graduating class.

This means a lot to Harmon after her family lost everything in the tornado. She said all her family was able to recover was a pair of shoes and maybe a little clothing.

"I will never be able to describe the feeling," Harmon said about the damage to her home. "It's something that I hope no one ever has to experience."

She said losing her scrapbooks, childhood stuffed animals and other keepsakes was hard, but at least her family was fine. She said when she heard about the tornado, she wasn't home but she thought her mother was. It took her four hours to hear that her mother was alright.

Two years later, Harmon is all smiles when talking about her family, her school, and her community.

"It's amazing to see everybody kind of unite and show that Joplin isn't going to just be knocked down by some stupid tornado," Harmon said.