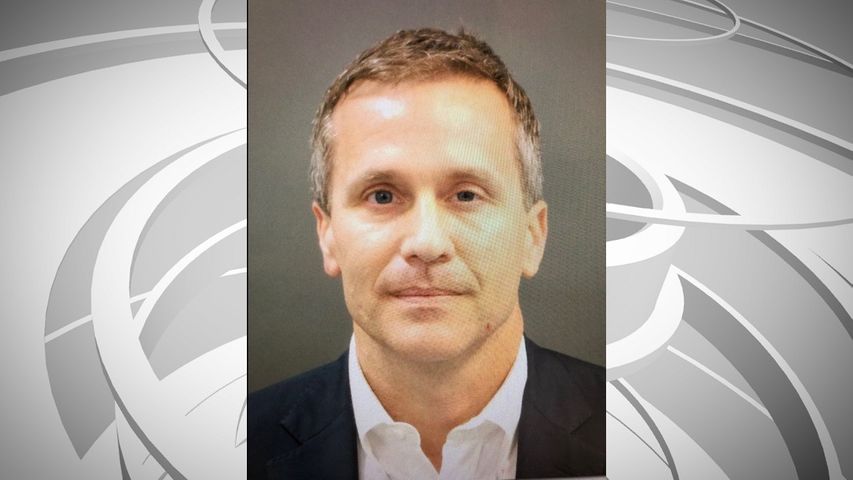 ST. LOUIS (AP) — Jury selection in the felony invasion of privacy case against Gov. Eric Greitens started Thursday. It will last at least two days, and testimony is scheduled to begin Monday.

There are 160 total candidates for the jury. According to KSDK, 12 jurors and three alternates will be selected. The jury selection process is expected to be finalized on Monday.

120 new potential jurors will be questioned on Saturday.

Judge Rex Burlison said he wanted to accomplish two things on Thursday: to see if anyone could be excused from the case based on hardships and to have potential jurors fill out a questionnaire to gauge their knowledge on the case.

During the first round of jury selection, there were 23 women and 17 men. Six of those people were excused based on hardships.

So far, five people have been eliminated on "strikes for a cause," meaning there is reason to believe the potential jurors could have some sort of bias.

Greitens was in court with his full legal team. The governor and his attorneys looked through the questionnaires during the process.

There were also protestors at the courthouse calling on Grietens to resign. They held up signs related to the #MeToo movement and thanked the woman involved in the case for telling her story to a special House investigative committee.

The verdict in the invasion-of-privacy case against Greitens could come down to the technical workings of the iPhone, the definition of "transmission," and the whereabouts of a photo that may or may not exist.

Greitens is accused of taking an unauthorized photograph of a blindfolded and partially naked woman while she was bound to exercise rings in his basement in 2015, before he was elected. The woman, a hairdresser with whom Greitens has admitted having an affair, told investigators she saw a flash through the blindfold and heard what sounded like a photo being taken.

Greitens allegedly told her, "You're never going to mention my name, otherwise there will be pictures of (you) everywhere."

The woman, whose name has not been released, said that she became upset and that Greitens told her he deleted the picture. Prosecutors acknowledged in court Monday that they have not found such a photo. And Greitens has repeatedly declined to say if he took a picture.

In addition to the invasion-of-privacy case, Greitens faces separate criminal charges of misusing a charity donor list for political purposes, and the Legislature will convene in special session this month to consider impeachment.

Beyond the question of whether the photo exists are some highly technical issues that could be pivotal: What happens to an iPhone picture if it's deleted? Does it go to the cloud, and if so, can it be retrieved? And what exactly constitutes transmission of a photo?

The last question is important because under Missouri law, simply taking an unauthorized photo of someone in a full or partial state of nudity is a misdemeanor, punishable by up to a year behind bars. It is a felony carrying up to four years in prison if the image is distributed to someone else or if a person "transmits the image in a manner that allows access to that image via computer."

There is no evidence Greitens shared or posted any photo. At Monday's court hearing, prosecutor Robert Steele said authorities planned to call an expert who would explain that "transmission from the pixels to the CPU, or the memory card, is a transmission." That would mean that any cellphone photo involves transmission.

Defense attorney Michelle Nasser, at the hearing, called that definition "convoluted and bizarre."

"Your Honor, that is not at all what is meant in the statute," Nasser told Judge Rex Burlison, who ruled against allowing the expert witness, saying the jury will decide what constitutes transmission.

Michelle Richardson of the Washington-based Center for Democracy and Technology suggested in an interview that the prosecutors' interpretation differs from what the drafters of the law intended.

"It seems to me if they wanted to say all images taken on connected devices were covered, they could have just said that," Richardson said.

Greitens was indicted in February, and prosecutors initially asked that the trial begin in the fall, citing the need to gather more evidence. The key missing piece of evidence was, and remains, the alleged photo.

On Tuesday, a forensics examiner was at the courthouse extracting data from Greitens' phone. Richardson said that even if a photo is deleted, it isn't erased from the phone's memory and can be retrieved.

Prosecutors could seek a search warrant against Apple or Google to try to find the photo. It's unclear if they've done so. A spokeswoman for the prosecutors would not comment, nor would an Apple representative. A message left with Google was not returned.

Richardson said the process of seeking data from the cloud is common enough that large companies such as Apple and Google have dedicated attorneys and technology professionals who work specifically with law enforcement, and "my understanding is the process usually moves pretty quickly."

On Wednesday, the judge ruled that the woman who was allegedly photographed can be referred to by her name at trial. Until now, she has been referred to in court and in filings only by her initials. Prosecutors wanted her to be referred to as "the victim," a term that defense attorney Jim Bennett said would be "prejudicial."

The court also announced Wednesday that it will allow media to take still photos in the courtroom, but only for the first 10 minutes of the first day of the trial. No video or audio will be permitted.