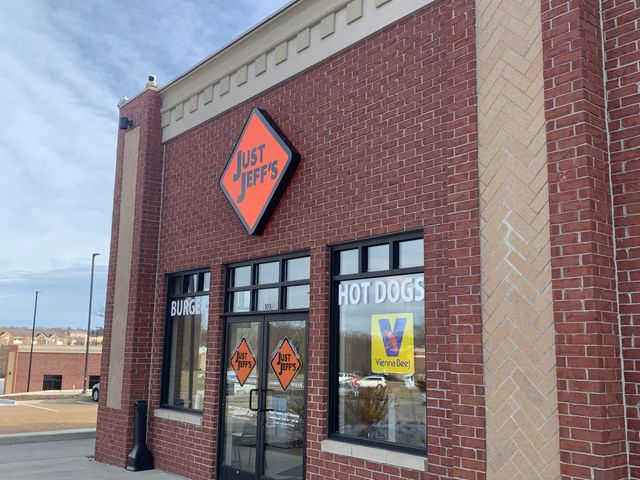 COLUMBIA - Food delivery services may be gaining popularity, but some local business owners say some of them are intruding.

Just Jeff's is a hot dog, burger and assorted sandwich shop that started as a small hot dog cart on the MU campus. Jeff Spencer expanded his business to a small stop on Business Loop 70 West and then a second larger location on Green Meadows Road back in May.

Just since last Saturday, Spencer said his local business has been bombarded by the food delivery service Grubhub. The restaurant's menu was put online, without permission he said.

"We said we don't want to do it," Spencer said. "Turned around two weeks later and it's up on their website."

He said orders through Grubhub in the last few days have made business very difficult. He said it has caused confusion for workers at both shops, caused drivers to call multiple times with order inquiries and confusion about which location the order was supposed to come from.

"I think it's absolutely ridiculous," he said. "I do not understand why they can practice business like this. It is not fair."

Spencer is not only worried about losing tip money for his waitresses, confusion in the kitchen and delayed orders, he is also worried about the quality of the food and customer satisfaction.

"That's not what Just Jeff's is about," Spencer said. "And that's not the quality or care of the customer we take."

He said he feels a connection with his customers, and food delivery services take that away.

"I feel like I touch every person in this restaurant. I come out and get their trays, I take their orders. I'm involved. They know me. We're friends."

Spencer said the fact the delivery service did not get permission has been very upsetting.

He said he has heard from other business owners too, saying that they have had similar issues. He said the owners of Broadway Diner, Murry's, CC's City Broiler and few other spots have had similar problems with Grubhub.

A spokesperson from Grubhub said to KOMU 8 News in an email that the company recently developed a new strategy to continue to compete against other delivery services.

"In select cities across the country, we’ll add restaurants to our marketplace when we see local diner demand for delivery so the restaurant can receive more orders and revenue from deliveries completed by our drivers," the statement said.

The spokesperson said the company cooperates with businesses if they do not wish to use the service.

"If a restaurant prefers not to be on our marketplace or needs to change any information like menu items or hours, they should reach out to us at restaurants@grubhub.com, and we'll work as quickly as possible to make necessary updates or remove them."