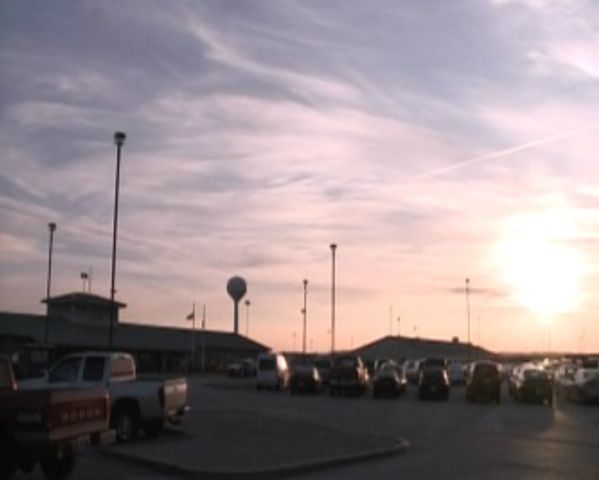 BONNE TERRE - In a roughly 12 hour period, the justice system moved from issuing a motion to delay the execution of a convicted serial killer to allowing the Missouri Department of Corrections to administer a single lethal injection drug for the first time ever.

According to KSDK-TV in St. Louis, Gov. Jay Nixon's office gave the go-ahead to the Missouri Department of Corrections to execute Joseph P. Franklin at 6:05 a.m. At 6:07 a.m., Franklin was injected with pentobarbital and was pronounced dead at 6:17 a.m.

It was the first execution in Missouri in nearly three years.

Franklin was convicted for multiple murders. He admitted to numerous killings of African-Americans and Jews around the country between 1977-1980.

Franklin was convicted for killing Gerald Gordon outside a St. Louis area synagogue in 1977. Overall, he was convicted for 8 murders, but he admitted to several others in prison and is believed to be connected to more than 20 killings.

Franklin's lawyer failed in last-stitched attempts to keep him alive hours before his execution. The Missouri Department of Corrections had a 24-hour warrant for executing Franklin, which was set to last from 12:01 a.m. Wednesday to 12:01 a.m. Thursday. Franklin was originally scheduled to be executed at 12:01 a.m. Wednesday.

After Franklin's lawyer temporarily succeeded in delaying the execution, two courts moved within hours to allow the state to execute him within the time window provided by the warrant.

U.S. District Court Judge Nanette Laughrey gave Franklin a stay of execution late Tuesday afternoon. Laughrey ruled Missouri needed to address an ongoing controversy with its lethal injection drug before it could proceed with the execution.

Franklin's lawyer and 20 other death-row inmates had challenged Missouri's execution protocol and the use of the drug pentobarbital. Franklin's lawyer Jennifer Herndon argued the drug had not been properly tested for use in executions.

Laughrey wrote the Missouri Department of Corrections "has not provided any information about the certification, inspection history, infraction history, or other aspects of the compounding pharmacy or of the person compounding the drug."

Laughrey said the execution protocol, which has changed repeatedly, "has been a frustratingly moving target."

The state decided to appeal both rulings to the the U.S. Eighth Circuit Court of Appeals in St. Louis Tuesday afternoon.

After midnight Wednesday, the appeals court sided with the state and lifted the stay of execution.

The appeals court ruling made the U.S. Supreme Court the last stop for Franklin's case. The Supreme Court denied a petition for a stay of execution after 5:30 a.m., which allowed the state to move forward with the execution.

Missouri used a single lethal dose of pentobarbital for the execution. In the past, the state used a combination of three drugs. The state decided to use pentobarbital after Gov. Jay Nixon disallowed the use of propofol.

Missouri Fifth in the Nation in Executions

Different Drug to be Used in Franklin Execution