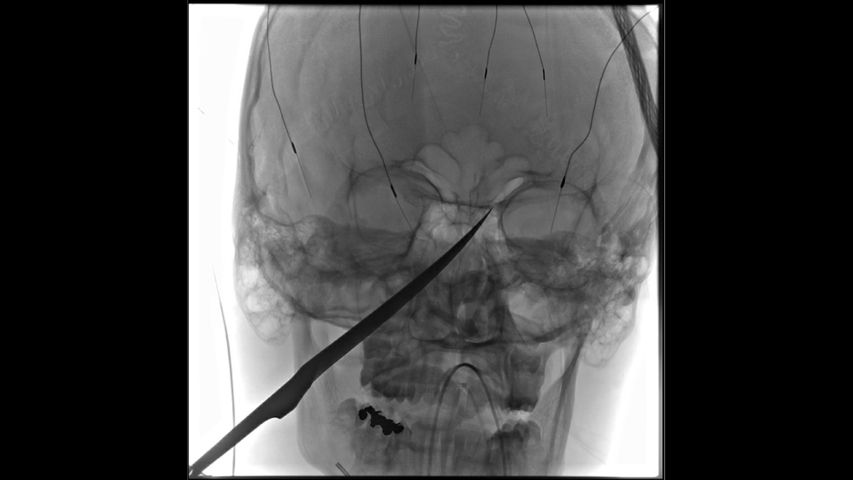 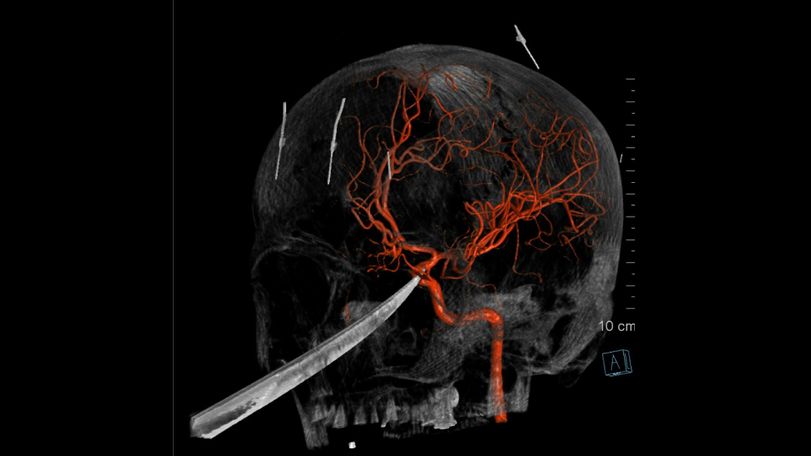 KANSAS CITY - Doctors say a 15-year-old boy from Kansas City who fell onto a 10-inch knife is extremely lucky.

"It looked pretty grim, it was scary," said his mother, Jimmy Russell. "They said there was possibility of stroke, possibility that he could lose sight in one eye, it all depended on how they were able to get it out."

Russell says her son, Eli Gregg, was playing Thursday outside of their home, when she heard him scream. She found him with the knife jutting out from below his eye.

The knife was embedded in his skull and extended to just under his brain. The tip was pushing against his carotid artery, which supplies the brain with blood.

That was a top concern for doctors.

"We needed to get some additional imaging studies to get an idea about how close this thing was to the vessel and then make a plan from there," Dr. Koji Ebersole said.

Ebersole oversaw extraction of the knife and said he doesn't think the boy would have survived if it had stabbed him any harder.

Eli said he was stunned when it happened.

"I can't really explain it," he said, "it all happened so quickly."

Eli was due to be discharged Monday.

He said he was most excited about being able to see the rest of his family again.