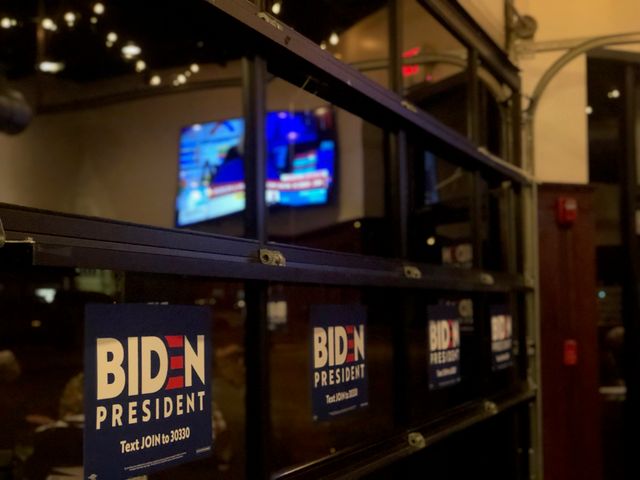 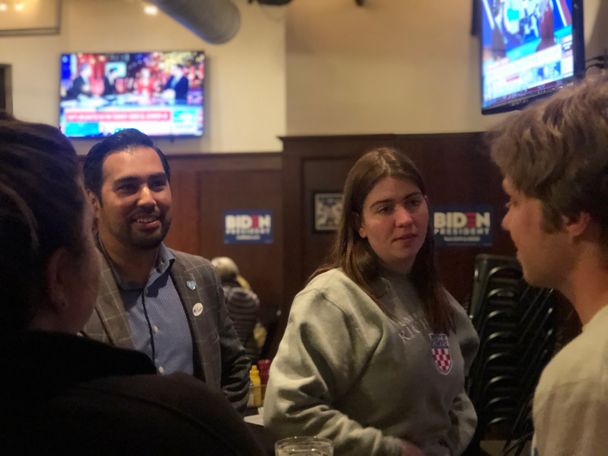 KANSAS CITY - A small but enthusiastic crowd in Kansas City expected Joe Biden's win for Missouri Tuesday night at one of many watch parties across the nation.

"This group might be small, but it is mighty," Jalen Anderson, a Jackson County Legislator said. Supporters must continue to fight for Biden, he said.

As of 9:30 p.m. Biden has won three states: Michigan, Missouri and Mississippi. All three states were important for Biden to win because of the large amount of delegates.

Missouri has 68 of the 352 state delegates up for grabs tonight. These delegates will help determine who wins the Democratic nomination for the primary November election.

Although Biden focused his efforts Tuesday night on Michigan's delegates, in the last few days he and his wife, Dr. Jill Biden, have visited different parts of Missouri for supporters.

Barbara Beier just recently became a supporter of Biden, she said Tuesday night in Kansas City. She thinks Biden will win because of his character and is the Democrats best bet to win in November.

"(Voters) have seen Joe Biden and how he governs and he believes in the country," she said.

Since Biden's rallies in Missouri, Kansas City Public School‘s Treasurer, Manny Abarca, said the momentum for Biden's campaign has been building. Biden supporters at the watch party were primarily focused on Michigan because of the amount of state delegates up for grabs.

Biden tweeted earlier in the day urging voters to go out and cast their ballot.

Missouri's next election is the General Municipal Election on April 7. Voters will be voting for Columbia's school board members and the First and Fifth Wards will vote for a city council member.