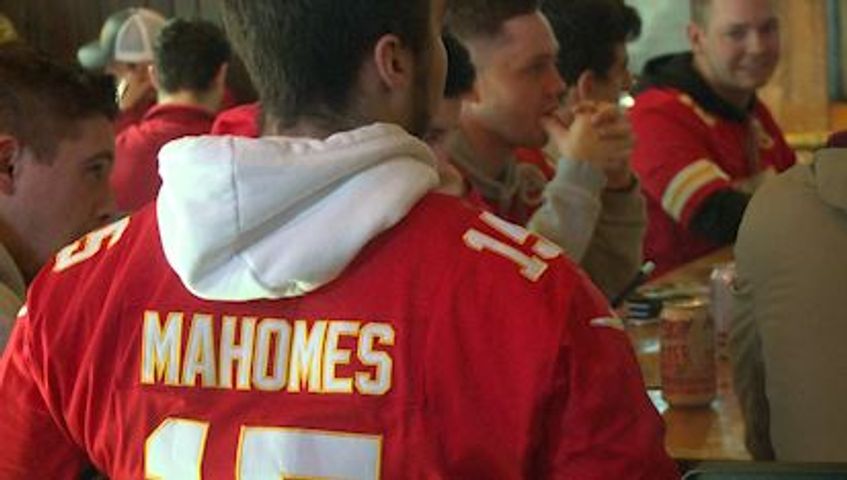 COLUMBIA - Local Kansas City Chiefs fans are spending their day watching the game with family and friends to see what they hope will be a win against the Tennessee Titans.

For many of them, this is something they have been waiting for.

"I actually sat in that same seat over there last year and watched them get upset by the Patriots," Racy said. "I’m from Kansas City, I’m a die hard Patrick Mahomes fan, I wanna see them get that W and go to the Super Bowl."

Racy said coming to Harpo's might be his new ritual, unless the Chiefs lose. For him, this is the best way to watch the game.

"No better way to spend a Sunday than right here with all my friends and buddies," Racy said.

Some fans are hoping their rituals and superstitions will carry the Chiefs to victory.

"I mean I kind of wear this every time," MU sophomore Jordan Ham said. "It worked last week, I'm just going to see if it keeps going today."

"If the Chiefs win, it'll definitely be a moment I remember for the rest of my life," Ham said. "I mean, it'll be amazing."