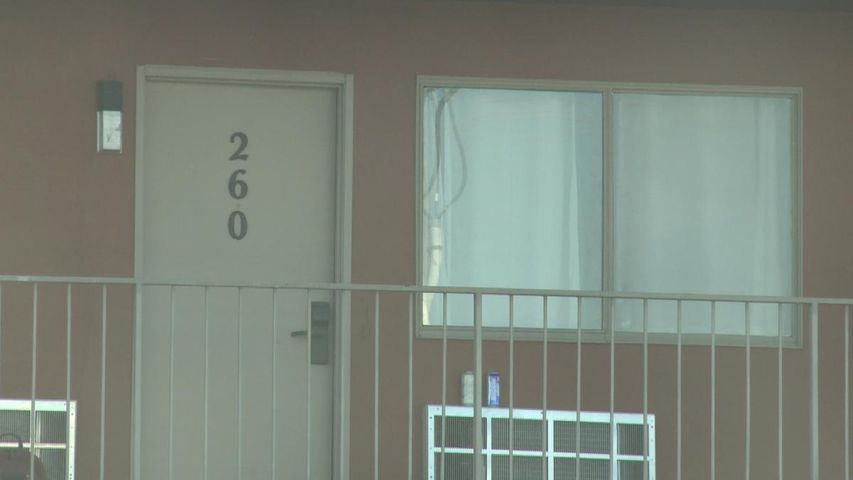 COLUMBIA - Kara (not her real name) was your average teenage girl from Columbia with aspirations to be a singer. So she enlisted the help of a local man to pursue her dream. But that is when she said things went wrong.

"He would just you know barricade the door or ‘No you cant leave.'"

This continued for several days and when Kara would threaten to leave, the man would threaten her safety and "remind me of his guns as a motive." She was trapped.

For the next several months of her life, Kara worked as a prostitute in Columbia. She would see about 13 men a day at about $200 each. "I made the money and then I had to hand it all over. He ended up like hitting me a couple times for having an attitude over the money."

The man not only controlled Kara, but a group of young girls who would move to different local hotels to maintain a low profile. All of the girls were between 15 and 17 years old. "We were always on edge. We were just very nervous. The littlest sounds would just freak us out to the point where you know we would just, I mean the bathroom door could shut and one of us would just bust out in tears because we would have that initial reaction that maybe it was one of the guns going off...And sleep? You didn't sleep. If you did sleep, it was like sleeping with one eye open...you had to be just on your game 24/7."

Kara said the "johns" could also be a potential threat. "Once you get behind that door, you know and the door is locked, there's no point in having a pimp because there's no protection. Nobody can do anything for you. You could be laying there dead, bloody, cut all open and there would be nothing anybody could do."

Some of the "johns" raped and robbed Kara and the other girls. "Especially working out of hotels with no cameras, they can walk free."

Laramie and the Missouri Attorney General's Office were responsible for the on-line undercover investigation of the website and a letter highlighting its failures in fighting on-line promotion of prostitution. Forty-four state attorneys general signed it. But Laramie said the website has not changed the way it does business.

Laramie said sex trafficking is difficult to stop. "It's an act that is taking place underneath our noses without us realizing it. We don't see it in law enforcement that this is happening in our communities. The reason we don't realize it is because it's such a complex issue that provides a variety of layers that are difficult to infiltrate. It's like opening the onion and trying to peel back different layers of that onion and seeing what's inside. We're not capable of seeing inside that onion in a really quick manner. It takes a long time to break down and get into the depths of what human trafficking really is."

Laramie admits the process of helping sex trafficking victims is flawed. "Our contact with victims is limited in time and scope and so to be able to see what is really happening takes a bond that takes place and with our short period of time with victims, that bond doesn't build quick enough."

Kara agreed. "It's too quick of a process to sit them down, ask them if they're being trafficked, no they're not, book them, get them in jail and get them out. That's usually what happens and I think they need to spend more time."

Kara said another issue is the law that allows teenagers to leave their homes at 17. "When they do this, they want to leave because things at home are bad. But once they're out there on their own with no money or a place to stay, that's how many get started with it [sex trafficking]."

She said the money is the biggest draw. "When girls start hearing that they can make 500 dollars in less than two hours, here they all come."

"You need to recognize that you're being trafficked and that that's illegal in itself. When you are being trafficked, no one's worried about you being a prostitute or trying to get you caught or put you in jail...they're really after the one that's making you do this."

But Kara said once a girl is in, it's almost impossible to get out. "All it is is one big game and you cannot beat the game there are just set certain rules and there's no way around them."

What the Community Can Do

Laramie said one of the first steps in stopping sex trafficking in Columbia is the community's help. "To understand that this is a problem and to report things that are indicating someone is not doing things because they want to do something."

Some members in the community are already listening. The Missouri Trucking Association decided Nov. 12 to team up with Truckers Against Trafficking, a national organization that enlists the help of truckers to be the eyes and ears to stop sex trafficking by "having our truck drivers and the employees at the truck stops calling in local authorities when they see stuff that's not right or when they're approached by some of these individuals," Missouri Trucking Association board member Brett Sheets said.

"That's just one more chain in the link that really connects us to the actual on-the-ground folks like the drivers and like the truck employees. Truckers are in the right place at the right time. Let's take that information that they have and give it to the proper authority and work together to get these guys," Truckers Against Trafficking director Kendis Paris said.

Paris said there are 360,000 trucking companies in the United States and 92 percent of them operate 20 trucks or fewer. She said it's easier then to attack sex trafficking from each state level rather than a national level. "State trucking organizations play a pivotal role in really getting this information into the right hands."

Paris said about ten states participate in the program. "We're going after all 50. I'm confident they will all partner up with us eventually, it's just a matter of time."

Paris said it's crucial for the community to be aware of trafficking and report any suspicious activity to the national trafficking hotline at 888-373-7888.

Paris said truckers have already started making a difference. One trucker's call to the hotline to report potential sex trafficking led to the breakup of a 13-state prostitution ring, rescuing more than nine minors.

Nevertheless, both organizations admit this issue is far from complete.

"You hear of it, but no one really knows it's as big of an issue as it is," Sheets said.

"If the entire industry was saturated, I really couldn't imagine the impact they would have with catching traffickers," Paris said. "But people first need to know this is happening."

As someone who experienced this first-hand, Kara agrees with the difficulty.
"I had no idea before I went through it. I had no idea when I was going through it that this is what was going on."

That is why all those involved said education is key. Kara said the main sex trafficking signs are small groups of young girls looking really dressed up in the middle of the day and postings on erotic services websites where several girls are posted under one phone number or one e-mail address. She also said it's really easy to spot a "john." "Not trying to look too obvious is good way to find a ‘john'... walking fast and looking side to side." Kara said she still sees this happening in many of the cheaper hotels in Columbia and also the Columbia Mall.

"I think it's actually growing. I think it's getting bigger as we speak. And all over the place. You think maybe this is the low-income parts or just in the high parts. But it varies for sure," Kara said.

She said everything triggers those memories. "People walking behind me... little sounds, sudden movements, doors slamming. If someone is angry, that really triggers it."

Kara said she hopes to overcome this as she gets more accustomed to her new life. She is now back in high school with a steady job. After she graduates, she hopes to save enough money to go to college. Her ultimate dream is to make other victims sex trafficking survivors.

"I wanna show others that there are bigger dreams intended for them than being controlled by a pimp and working out of a hotel room," Kara said.