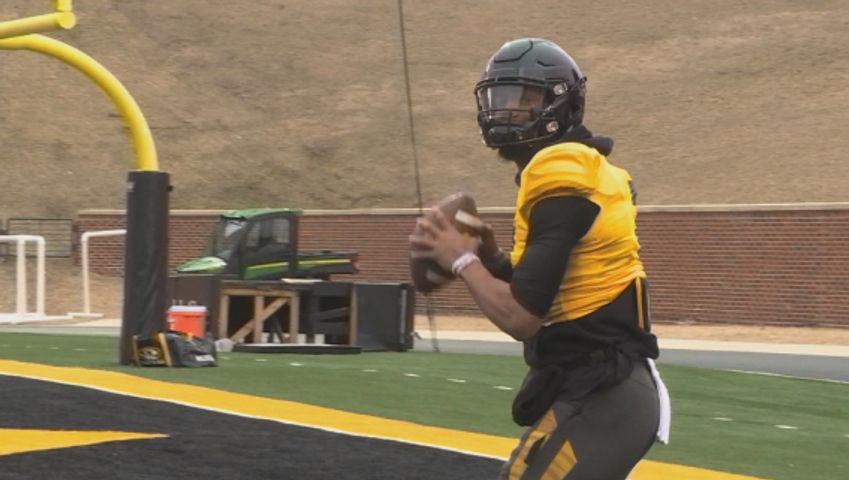 HOOVER - In a matter of months the game of football flipped Kelly Bryant's life upside-down, both on and off the field.

Bryant was once a key piece of a national championship contending team. However, that all changed with one freshman named Trevor Lawrence.

Coaches sent Bryant to the bench in the same season that Lawrence brought his team to a national championship title. From there, Bryant decided to transfer.

He came to Missouri from Clemson - two schools that don't have much in common.

"We won a few national titles, been in the college football playoffs consistently," said Bryant.

He said the friendships and memories he made at Clemson will never leave him.

"Its not about ball, just the relationships that I built and we all built together. We have a strong bond. We still talk every day."

Bryant left both his home state and dream college behind to come to a place he never expected to find himself. Off the field, things may not have clicked right away.

"It was very cold. Nobody told me how cold it would be in Missouri," Bryant said.

But on the field, he said things felt just right.

"First day I got there they just welcomed me in with open arms. They was just making sure I was doing good and adjusting well and just make sure the transition was as smooth as it could be," he said.

However, a smooth transition was quickly interrupted. Early in 2019 the NCAA slapped sanctions on Missouri football, softball and baseball due to a cheating scandal involving an MU tutor. Among the penalties was a one-year post-season ban.

The University filed an appeal which was heard by an NCAA committee in July, but post-season play is still uncertain.

The team soon looked up to Bryant as a leader and he quickly responded. Missouri linebacker Cale Garrett said Bryant managed to pull the team together.

"After the senior meeting where we found out we were having a bowl ban, he stood right up in front of us after that and said I'm here. I know everybody has the choice to leave, but I'm staying here and I want to win," he said. " I know we have something special here."

Out of all the unanswered questions for the Tigers, one thing is certain. The Missouri football teams have 12 games- games that Bryant said they are going to make the most of.

"Let's go see what we can do with those 12 games. We're just not going to let anything outside creep into the locker room and let it trickle down out there on the field," he said. "We are just going to control what we can control and go from there."

Bryant's first game in the black and gold will be in Wyoming, but many fans said they will be packed into Faurot Field for his first official throw as a Tiger.