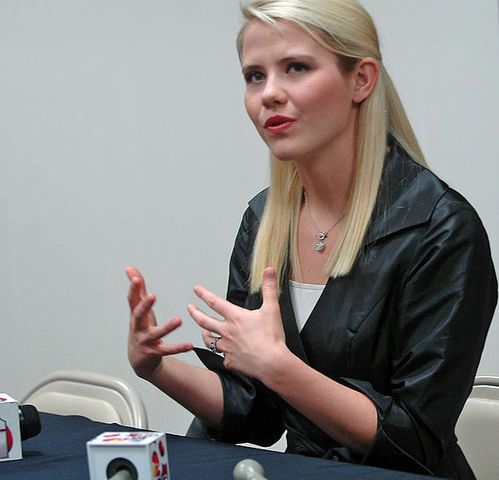 COLUMBIA - Elizabeth Smart, the survivor of a kidnapping in Utah, will visit Columbia Friday to speak at the University of Missouri.

A homeless preacher named Brian David Mitchell kidnapped Smart from her Salt Lake City home on June 5, 2002 when she was just 14 years old.

Mitchell held her in captivity for nine months before being discovered on March 12, 2003.

Smart is now an activist for missing children, and released a memoir last October detailing her kidnapping.

"I feel like I have been given this wonderful opportunity to make a difference, and to speak out so that what happened to me doesn't happen to some else," Smart said.

Smart will have a book signing Friday afternoon at the Mizzou Store, and afterwards she will speak to the public.

The lecture is $10 for the general public and free for MU students with an ID.

Smart's lecture will begin at 7:30 p.m. at Jesse Auditorium.