Kids learn about danger and defense at safety session 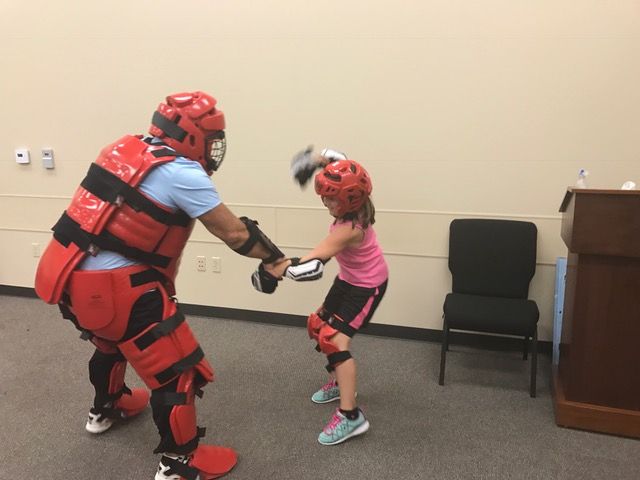 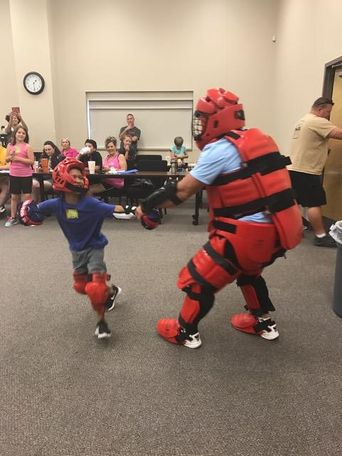 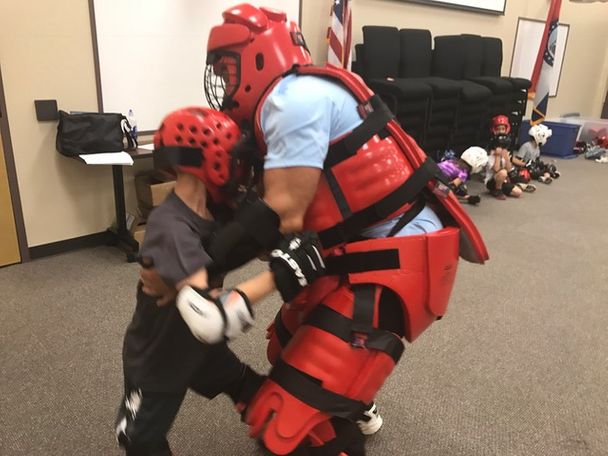 The class the kids participated in is called radKIDS, a national program that partners with local law enforcement to teach safety lessons about everything from natural disasters to abduction prevention to using the internet.

The main focus of Saturday’s six-hour session was distraction techniques to prevent kidnapping and sexual assault.

Sgt. Nikki Antimi and Fire Capt. Martina Pounds led the group of energetic 5-8-year-olds in demonstrations for basic distraction techniques, such as yelling and breaking away from aggressors.

The point of distraction techniques is not to beat someone in combat. These techniques are used to cause enough commotion to either attract someone’s attention or escape a threat.

The kids practiced moves like basic blocks and attacking someone’s arm near elbow so that they could get away if grabbed.

One mother who brought her child to the session is fairly new to the area and she wanted her son to have some extra protection in an area that’s not exactly light on crime.

“I’m a bit concerned about the crime rate because it’s a lot of that going on. And I think that it needs to be more of [radKIDS] going on, especially for kids in this generation that are growing and they don’t know what’s going on so I think that this is good. This is a good start-off of a way to bring more and more kids in,” La Sondra Coleman said.

Coleman also said she wants her son, Amir, to be able to recognize danger. Pounds said that a lot of other parents want the same thing when they enroll for a radKIDS class.

“Children are normally trusting to adults. This teaches them to maybe not always be that trusting. It teaches them that adults could use tricks.”

On the other hand, radKIDS also teaches children to be cautious around the adults they know so they can avoid abuse. Weekend classes like this one use a book called Sammy’s Secret as a way to inform children that there are people to talk to even when the most important adult in their lives is hurting them.

Boone County’s version of radKIDS is a little different from what someone might find at other locations. A few years ago, it combined with BCFD’s survival kids program, which taught things outside of the radKIDS curriculum, like gun safety.

RadKIDS is also taught in schools around the area, except it is eight weeks long with an hour-long class every week.