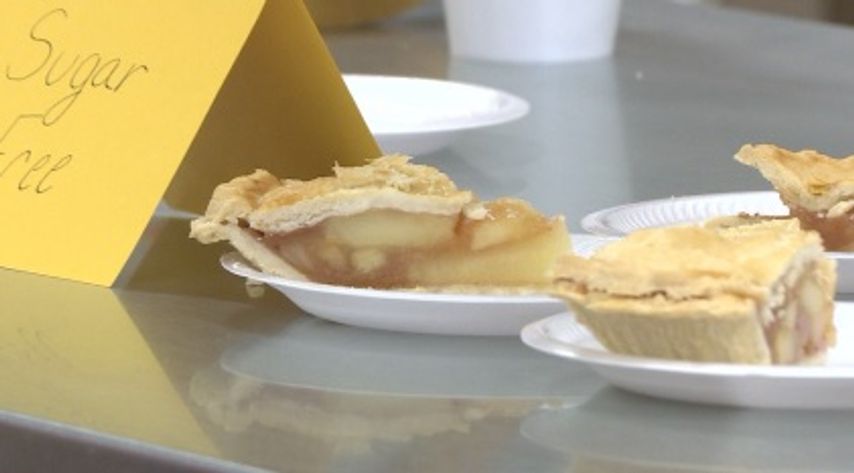 Almeta Crayton passed away in 2013 before Thanksgiving, but the tradition lives on. Executive Director Kentrell Minton said he started volunteering 17 years ago.

“Each year, we have over 200 volunteers that want to help, and we have to narrow that list down because of the facility,” Minton said.

Minton said if Almeta was still here, she would be in tears.

“I’m overjoyed like I’m on two hours of sleep, but you can’t even tell because I’m so excited,” Minton said. “Twenty years — that’s a big step.”

Minton said when he was a kid, his mother kept him involved in the community and church.

“Me seeing the young generation come in and volunteer and give back is amazing because you could be out on the street doing other things, but they choose to stop in here and help out and volunteer, which is a good thing.” Minton said.

This is Philip Pithua’s, 10, fourth year volunteering. This year, Pithua helped serve and fill drinks. Pithua said he likes volunteering because its fun and he likes helping people.

“Because you get to do stuff for other people,” Pithua said. “That’s fun and you don’t have to just like sit down.”

Pithua's little brother, Joseph, 8, also volunteers. This is his third year volunteering. His favorite part is filling up drinks.

“That’s my favorite part cause I get to refill things, and I like splashing around and stuff,” Joseph Pithua said.

“Because it helps people that normally couldn't have Thanksgiving dinner get food for Thanksgiving and a shelter,” Hughes said. “It was actually my parent’s idea as like a family fun thing and to help people.”