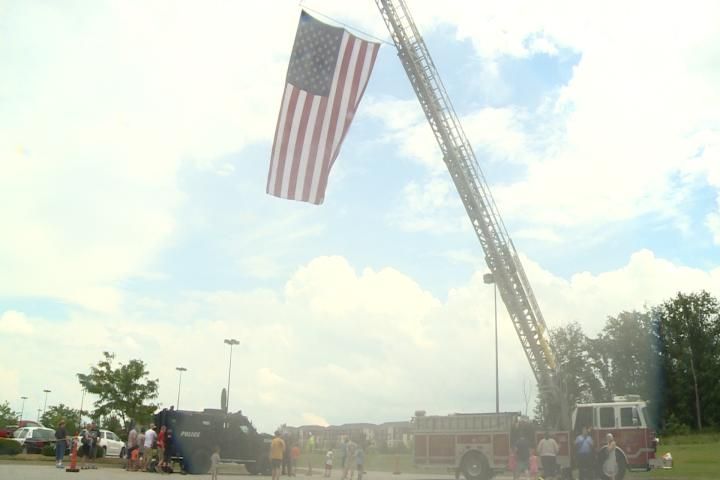 For a donation, Columbia Police and Columbia Fire showed kids a SWAT vehicle and fire truck outside the Walmart on Grindstone Parkway Saturday. Officials also answered parent questions about emergency services. The event was directed by Thomas Gallihugh, assistant manager of the Grindstone Walmart.

Visitors also got to check out the MU Healthcare helicopter. A small crowd watched in awe as the chopper took to the sky and flew back to the hospital.

"Events like this create awareness around emergency services...it's kind of neat for the community to see what each one of these entities do," Fritchie said.

She said the new ambulance is needed to meet higher demand.

"The numbers at our emergency department have doubled, and so we're seeing around 40,000 patients at Children's Hospital every single year," Fritchie said.

Outside fundraising events, people can also donate a dollar at Columbia Walmart registers. Fritchie said she appreciates all the help from police and fire departments.

"When there is an emergency, someone is always there to help you, and that's what we do at MU Children's Hospital as well," she said.