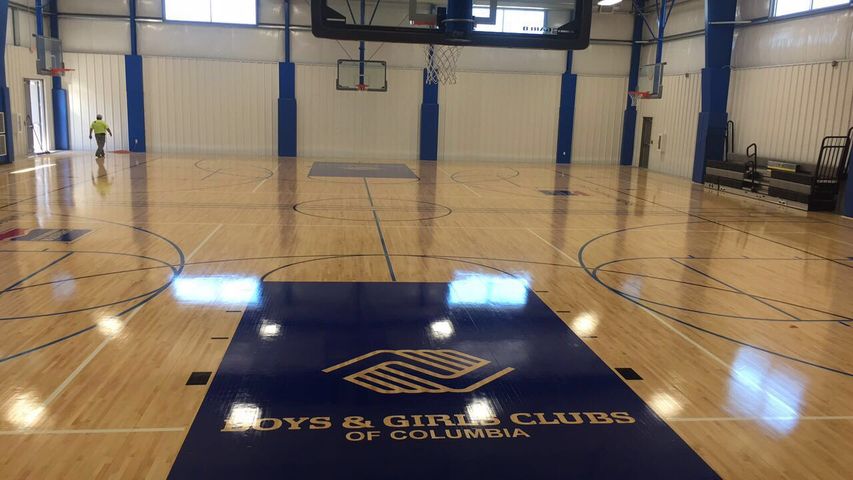 COLUMBIA - The Columbia Boys and Girls club hosted a grand opening Monday for its members. Children began arriving at the center immediately after school let out.

"Today's the first day that the kids come back after our expansion project to see for the first time their expanded programming space," Executive Director Valorie Livingston said.

Jaylana Brookins, a Boys and Girls Club member, said she was surprised at the size of the new space.

"I'm really excited because I get to explore this whole new place, this new Boys and Girls Club," Brookins said.

The club provides afterschool programming and sports programs for elementary and middle school age children. It provides youth in the Columbia area with various programs that fall into five core program areas. Those program areas are character and leadership development, education and career development, health and life skills, fine arts and sports, fitness and recreation.

"The need is great in our community for the kids to have an affordable and safe and positive place after school and during the summer time and even on the weekends," Livingston said.

The Boys and Girls Club fundraised $2.5 million through its capital campaign project, Changing Lives One Kid at a Time. City council contributed $500,000 to the project.

"We started this process in February, began construction in February and in the last six weeks we closed down to finish the renovations," Livingston said.

Construction workers more than doubled the size of the facility by adding 14,000 square feet to the building. The extra space will be utilized for a basketball court, recording studio, a stage, classrooms dedicated to highschoolers, lockers and a culinary kitchen.

"I think they're probably going to be most excited by the new gymnasium, which the Boys and Girls Club of Columbia has never had before," Livingston said. "We're really excited that we're really going to be able to touch more kids' lives through this expansion by having basketball tournaments, volleyball tournaments and theater and performing arts. And to share this facility even with the other non profit organizations that are looking for space."

"The reason why I am excited is because we have a new gym and we could do basketball and some other stuff," Johnson said.

Nine-year-old member Jaylana Brookins said she agrees about the gym but is more excited about the studio.

"I think with the edition of our full size culinary kitchen we're going to be able to offer cooking classes and we know that a lot of high school students have a huge interest in cooking classes," Wilson said.

In addition to the new space, the Boys and Girls Club will provide new services to enrich the lives of at-risk youth. Services include career development, shadowing and mentoring.

"Our high-school wing will be designed to help high school students with college prep also job readiness training. Helping them do resume building and things like that. Just to help them decide which career path they want to take next," Wilson said.

The club provides transportation from some schools to the facility; however, it wants to get another bus to access more kids.

The club will host a grand opening for the community November 1 at 4:30 p.m.