Kim English's Past Present and Future 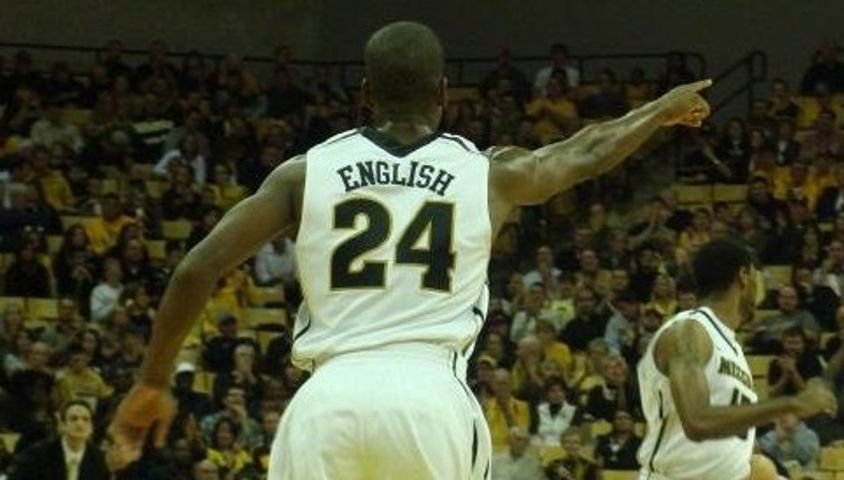 COLUMBIA- Current Detroit Piston and former Mizzou basketball guard Kim English returned to Columbia this week for his basketball camp.  This gave him the chance to look back at how his career began and his plans once his playing days are over.

English made shot after shot after shot his senior season at Mizzou averaging 14.5 points per game and shooting 46% from three point land. That success landed him a spot in the NBA with the Detroit Pistons but, now he's back in Columbia for a few days hoping to recreate memories.

"I went to a camp when I was 12 years old, or 13 years old and Juan Dixon from the University of Maryland came and just walked into camp and just touched my shoulders one time and I looked up and saw it was Juan Dixon and in my mind me and Juan Dixon had a connection that can never be broken. It's one little small thing to him but it meant the world to me. And hopefully like I said if I can just instill the love of the game in one of these kids it would mean everything to me," said Kim English, former Missouri Tiger.

English thinks fundamentals matter the most.  "I'm not an elite athlete, I'm not a super quick guy, not an elite jumper. But I learned how to shoot the ball at a young age and truly that ability mostly propelled me to a pretty successful career in college and now a chance to do some things in the NBA," said English.

English came back to Columbia for his basketball camp, but once his NBA days are over he wants to come back for good and be a coach on the Missouri basketball team. "I went back to the Missouri Arkansas game and coaching is what I want to do so hopefully coach Haith is gracious enough to bring me back onto his staff once my playing days in the league are over."

Returning to the Tigers is the only place he wants to coach. A tiger who made his way home for a few days but, down the road wants to stay forever.

English fished his rookie season with the Pistons averaging 3 points per game and playing in 41 games.