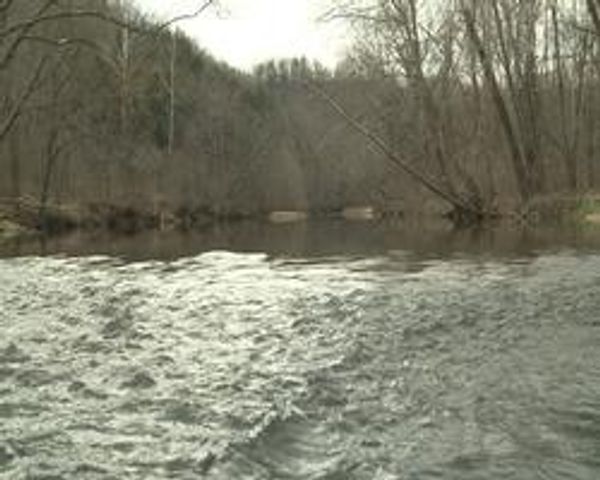 EMINENCE - Rep. Chris Kelly, D-Columbia, and Republican Lt. Gov. Peter Kinder delivered Saturday on their promise to have a substantive, passionate debate about the future of the Ozark National Scenic Riverways.

The two politicians first exchanged jabs over Twitter in February when the Missouri House began considering whether it should add money in next year's budget to manage the riverways if the federal government decides to turn the park over to the state.

At the time, Kelly said Twitter is the "enemy of substance" and asked Kinder to work out a time when the two could have a public discussion.

U.S. Rep. Jason Smith, R-Salem, attended the debate and discussed the issue with constituents. Smith has filed legislation in Congress to transfer the riverways from federal to state control.

Kinder and Kelly got together as Eminence celebrated its annual Ozark Mountain Festival and debated in a Lincoln-Douglas format.

The debate comes after the National Park Service (NPS) announced it wants to update its management plan for the park. The park service has several different options and the level of restrictions varies with each option. The planning process has drawn ire from some locals because they are worried about the impact of new regulations on tourism.

Kelly said federal officials have done a good job of balancing the preservation of such a pristine resource with the interests of local businesses trying to profit off of tourism.

"Without preservation there's no allure," Kelly said. "No reasonable person would argue that the preservation mandate be abolished in favor of unrestrained exploitation."

Kelly used horse trails as an example and said locals could try to collaborate with NPS on some aspects of a new management plan.

"It just doesn't work out that way," Kinder said. "They are not reasonable. They do not listen. They are arrogant, overweening and they're overreaching."

Kinder said Missouri has an excellent conservation department and state parks department that can take on the 80,000 acres associated with the riverways. Kinder said in discussions with the Missouri Department of Conservation, he has learned the department has entered into some management contracts on other federal lands in the state.

Under the management contracts, the federal government still owns the land, but MDC officials manage it.

Kinder said management contracts could work with the riverways. The state could designate the areas near the major springs as state parks and could have MDC officials manage the rest of the land and waterways.

Some conservation groups have argued the riverways would be too big a responsibility for the state.

Kelly said a riverways transfer could hurt tourism because the riverways would no longer have name recognition as a national park.

Shannon County resident John Stuart attended the debate and said he feels NPS has tipped the balance toward preservation instead of recreation. Stuart said it is easier to get in touch with state officials and he supports a state takeover.

The Missouri House included $6 million in its budget for a riverways takeover, but the Senate did not include that money in its plan. The two chambers have to come to a budget agreement before May 9.

Senators passed a resolution to call for a state takeover earlier in the current session. The resolution still needs a vote in the House.

NPS plans to begin using a new management plan before the end of the year.