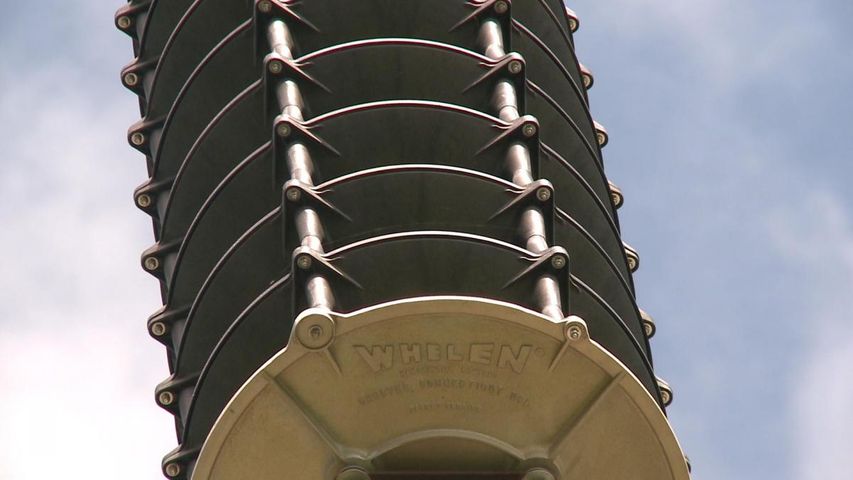 KINGDOM CITY - Residents of this small town along Interstate 70 are without a warning system Friday after someone damaged its only tornado siren last Saturday.

Kingdom City Manager Curt Warfield told KOMU 8 News someone hit the control box near the base of the siren tower with some sort of vehicle, disabling the system. He said the city has contacted its insurer about the siren but had not gotten a quote as of Friday morning. He said the manufacturer has changed the control box's design since the city installed the siren in 2010. The new box will come as part of a whole unit, so the city will have to install a completely new system. If the city's insurer decides to cover the damage, Warfield said the city would have to pay a $1,000 deductible. Otherwise, a new system would cost between $8,000 and $9,000.

Judy Dawson lives next to the siren and said she isn't sure how someone could have accidentally hit the control box. The box faces away from County Road 226, toward a driveway leading to her residence and a neighbor's.

"It couldn't have happened at a worse time," she said, citing this spring's active tornado season.

Donnie Thompson, the chair of the town's Board of Trustees, said the city's insurer has indicated it will likely pay for the damage. Even if it does not, Thompson told KOMU 8 News the city has more than enough money to take care of it. He said Kingdom City has already ordered new parts, though he does not know when the siren might be back in service. To prevent a similar incident from happening again, Thompson said the city is considering putting a second siren on top of its water tower.