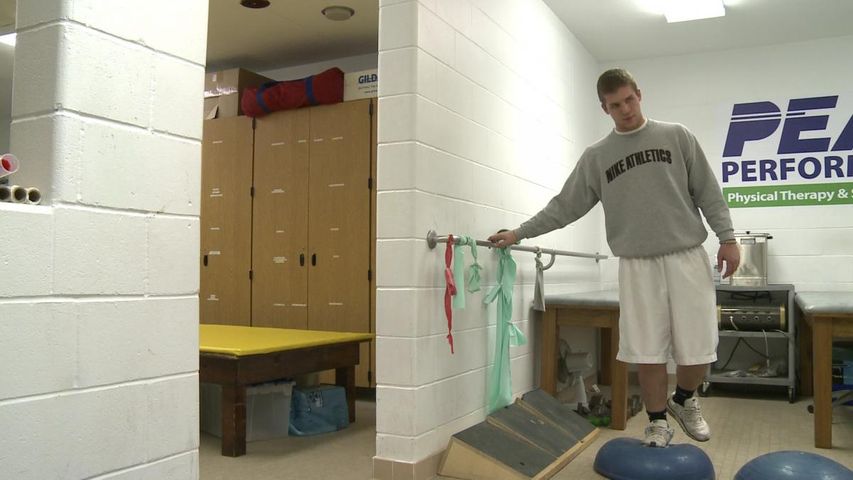 COLUMBIA - A gruesome injury to a prominent SEC college running back continues to make people cringe, despite how often knee injuries happen in football.

In the second quarter in Saturday's game against Tennessee, a defender tackled South Carolina running back Marcus Lattimore causing a dislocated knee and four ligament tears.

Nagel says that treatment for knee injuries is more aggressive than in the past. He says rehab can start as early as one or two days after repairing a torn ligament in a knee. Although, it could take several months before an athlete is cleared to play a sport again. The average time of recovery for an ACL tear is seven to nine months.

"From a rehab standpoint, I think it's just we get people going sooner than we ever have before. You know people get surgery and day one, day two, the doctors are okay with a little flexing and extension and moving," Nagel said.

Cody Vandegriffe is a senior at Rock Bridge high school. He tore his ACL (anterior cruciate ligament) in his right knee in Rock Bridge's home opener against DeSmet Jesuit High School. An injury like Vandegriffe's usually keeps an athlete out of play for an entire season.

"I just want to run. Play basketball. Go back to what I was used to doing. I don't like being cooped up, not being able to run and stuff. I used to play sports all year round, this just kills me," Vandegriffe said.

Also, many of the surgical techniques to repairing a torn knee ligament have fundamentally stayed the same, but advanced with research and practice. Nagel said an athlete has a higher chance of returning to play sooner today, than in the past.

Some experts predicted Lattimore to be drafted in the first round of the upcoming NFL draft after the season ended, but it is expected that he will not return for the rest of the season due to the injury.