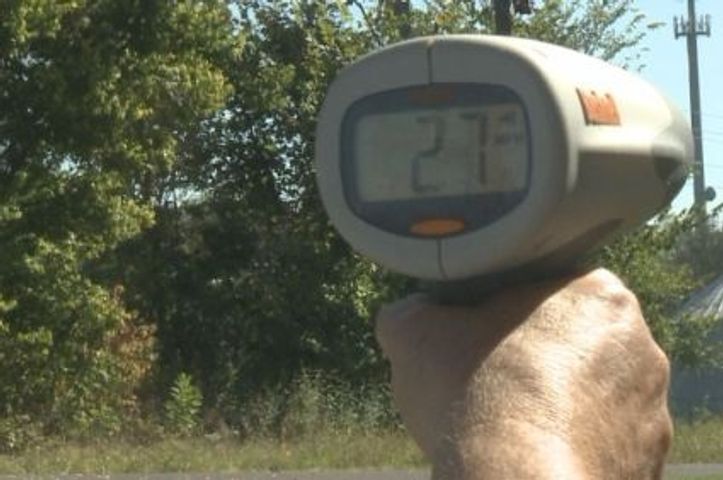 COLUMBIA -KOMU 8 News recently set out to find where drivers speed the most in Columbia.

We wanted to know, "Where does the worst speeding in Columbia occur?"

KOMU 8 News asked the question on its Facebook page recently.

The responses varied from one side of town to the other, but there were several posts indicating the worst speeding in the area occurs near Derby Ridge and Smiley Lane.

We took the radar gun and set up near the entrance of a school zone near Derby Ridge Elementary School, where the speed limit is 20 miles per hour. The results were mixed. We saw a few drivers obeying the limit, but also saw a handful of drivers push through the zone at speeds over 40 miles per hour. The typical speed was 30-35 miles per hour, which is too fast with the blinking 20 mile per hour sign in clear view.

The Columbia Police Department explained to KOMU 8 News how it approaches traffic enforcement.

We took the radar gun to the Providence Road overpass at Interstate-70 where most drivers were humming along in the 60-to-70 mile per hour range. The speed limit through Columbia is 60 miles per hour.

Very few drivers were obeying that desired speed. Police said another speeding detail will likely be held between now and Thanksgiving at I-70 and Providence.