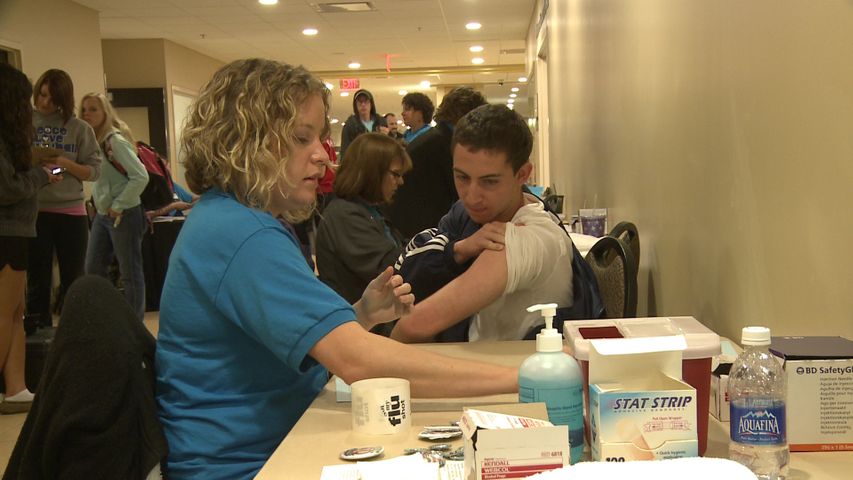 COLUMBIA - It's a topic that sparks controversy across the nation every day, and KOMU 8 News found mid-Missouri to be no different.

KOMU 8 invited viewers to participate in a vaccination survey. In the first several weeks the survey was open, there were more than 500 responses, but after a prominent vaccine opponent promoted the survey, the number jumped to more than 1600.

Of the initial group, 20 people left their contact information, but when asked to share their opinions further, KOMU 8 found many viewers to be uneasy with the idea of speaking on camera. People who identified as anti-vaccine were especially hesitant.

KOMU 8 did find three people willing to speak openly on the topic.

The first was military veteran and Columbia resident Michael Barnes. He said, "I think vaccinations should be given to all children."

Barnes said his grandchildren are the reason behind his strong opinion on vaccine regulations.

"I don't want my grandkids to be sick and whatever it takes to keep them from getting those illnesses that we can prevent...do it", Barnes said.

Clark's wife immigrated from Germany in 2007. He said she was required to have valid records, guaranteeing she was full vaccinated, before entering the country.

"It was a requirement whenever she came through and came over to our country that she has vaccination records, because we require them", he said,"I mean if it's something we require for other people to come to our country, then why are we requiring it for our children?"

Clark said he and his wife did extensive research before deciding to vaccinate their now two-year-old daughter. He said, "It just didn't make any sense not to vaccinate, I mean, the amount of diseases, the amount of different bacteria's, different things like that that children can experience is just way more over what the risks."

He explained he wasn't sure if parents should have the choice to vaccinate but said, "to me its an important thing to do."

Initially, only one anti-vaccination person was willing to go on camera and share her opinion - Joyce Riley, Versailles native and host of the radio talk show "Power Hour".

Riley said, "I have educated myself on vaccines to where I say I will never take another vaccine as long as I live."

Riley told KOMU 8 News her bad history with vaccinations started many years ago as a military nurse.

Riley said the vaccines made her and many other nurses very ill a few months after receiving them. Since then, Riley has become an anti-vaccine advocate.

Online, an anonymous respondent to our survey said, "I think an important alternative to the all-or-nothing debate is to talk about adjusting the immunization schedule for some children or for families who have concerns about vaccines," noting the possibility of deviating from the CDC's vaccination guidelines.

Erin Fielding used Facebook to express her concern about classifying people into "pro" or "anti" vaccination categories. She said the issue is more of a gray area, and people deserve a choice, no matter what they think about vaccines. "Let's not forget that one of the great things about the USA is that we have freedom to accept or decline medical procedures," she said. "The day we start forcing medical procedures on citizens will be a scary day indeed."

Another anonymous respondent of KOMU 8 News' online survey said, "This shouldn't be a debate. Vaccines are proven to work, and anti vaxxer claims have been disproven," he said. "Some ideas are too dangerous to entertain."

Another person who believes people should be vaccinated according to CDC guidelines said, "I think it's ridiculous that people are so fearful. You can find horror stories about everything...people need to trust the advice of doctors and stop putting others at risk."

Although the three people who spoke to KOMU 8 News had different beliefs on the matter, they did share one belief, a sentiment echoed in the online discussion: education is key.

Riley said, "I believe parents need to educate before they vaccinate."

Barnes said,"It's going to be a process of education, you can't just go out and tell people."

ProCon.org offers a side-by-side list of pro-vaccine and anti-vaccine arguments.

The Missouri Department of Health and Human Services website has the 2014-2015 Missouri School Immunization Requirements.

The department also offers guidelines for immunization, including schedules for children from birth to age 12, ages 7 to 18 years and adults age 19 and over.