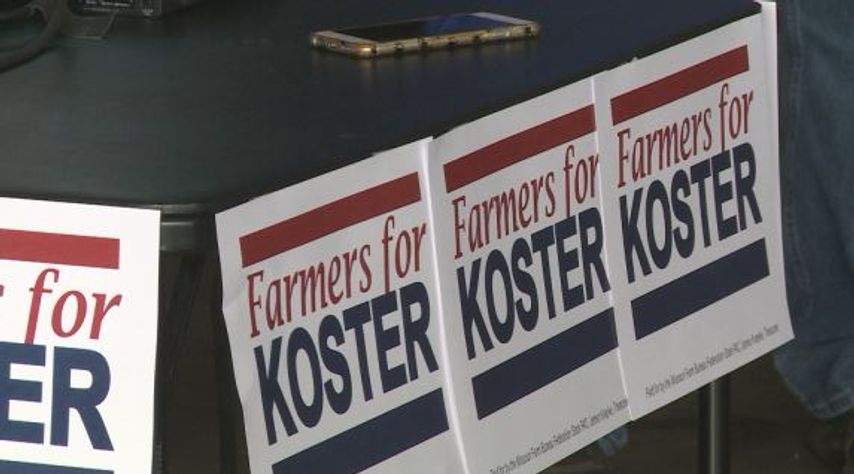 "We endorsed Chris Koster because he earned that endorsement," Hurst said. "He earned it with a perfect voting record on farm bureau issues in the Missouri State Senate."

Hurst went on to list other reasons why many in the Missouri agricultural community supports Koster, including representing farmers through his appointment as Attorney General and listening to farm groups.

Koster said he believes working together, political affiliation aside, makes for a stronger agricultural system and economy in Missouri.

Additionally, Koster discussed how he's served in leadership position on both sides of the political spectrum.

"What we need to do is stop the gamesmanship that's been going on in Jefferson City that really hasn't been producing very many results for us," Koster said. "That's where this frustration comes from, is failure of results and bring people together to lift up agriculture as a centerpiece of agricultural development in our state."