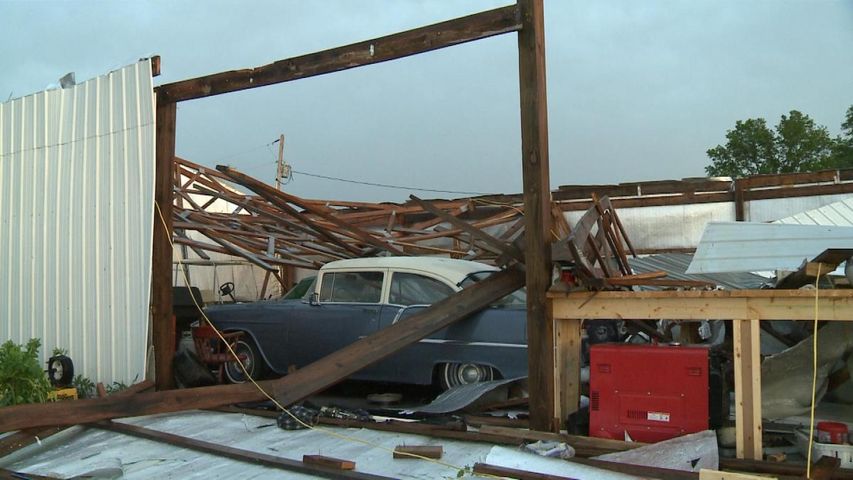 The local fire department said it received reports of a tornado touching down, but that was not confirmed as of Tuesday.