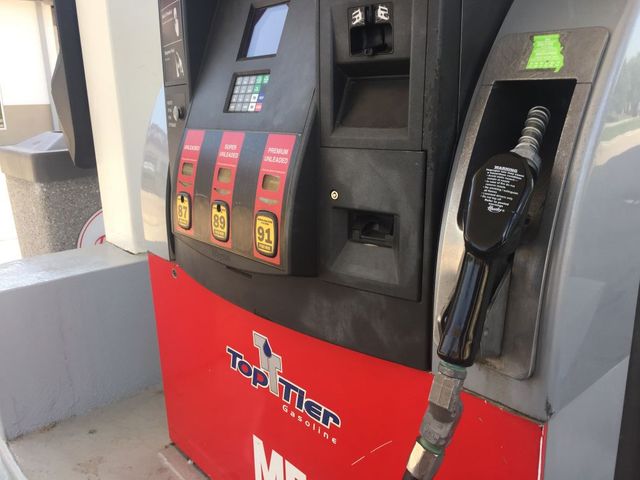 COLUMBIA — Labor Day travelers had a pleasant surprise at the pumps this weekend.

According to a report released by the U.S. Energy Information Administration, regular retail gas prices the week before Labor Day this year at the lowest they've been in 12 years. The last time they were lower was in 2004 at $1.87 per gallon.

The average price per gallon was $2.29, the lowest for the Monday before Labor Day. This is also 24 cents lower than last year's average.

One Columbia driver traveled to the Lake of the Ozarks for the holiday weekend. Damian Schroeder was back in Columbia on Monday, filling up his tanks with Diesel fuel. He said he'd pay whatever price was at the pump.

Despite enjoying filling up Monday with lower gas prices, Shroeder isn't too happy with them long-term.

"They're still too high. If it's five dollars a barrel to pump it out of the ground, it could be cheaper than 2 dollars a gallon at the pump," Shroeder said.

Storm Bugh is another driver who lives in Columbia as a college student. He feels low gas prices are especially important for him.

"As a self-supporting college student I need it to be low," Burgh said. "With lots of traveling due to work obligations, I think gas prices are a huge factor in that."

While the national average sits above $2 for regular gas prices, Columbia actually averages below that. This might explain why many drivers KOMU 8 News spoke with, had not even noticed gas prices were lower.

Despite having low gas prices compared to the rest of the nation, AAA still ranks Missouri in the top 10 states for most rapidly and unpredictbly changing gas price levels.