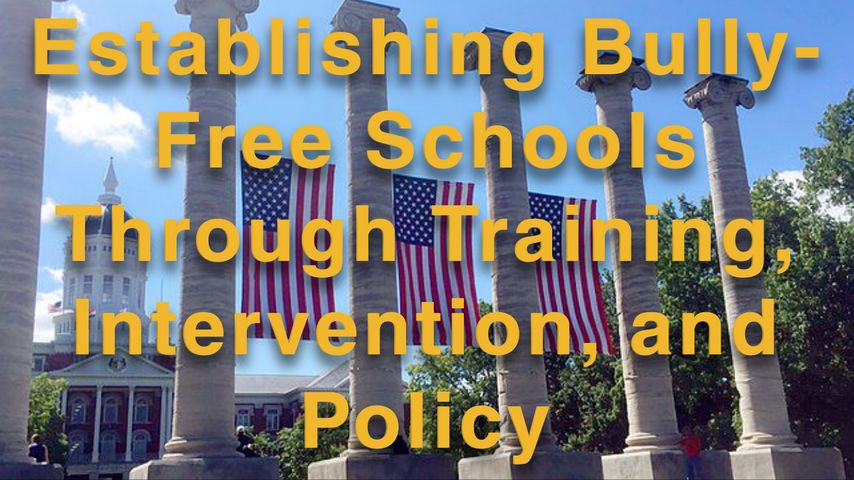 COLUMBIA - A bully prevention group at the University of Missouri isn't letting a lack of state funding stop them from working toward their goals.

Lab Director Chad Rose said the group receives almost all of its funding from the university, and receives little to no state or federal funding.

His team currently works with 45 schools across 11 school districts through training or direct intervention.

"I believe in what we do, and I believe that we have to have some sort of financial stability in order to continue to serve the schools where we serve," Rose said.

Rose started the lab in 2013 with just himself and one other graduate student.

Since the University of Missouri officially recognized the lab in 2016, his team has grown to 2 masters students, 3 doctoral students and 21 undergraduate students.

With the large increase in students, the lab has managed to create a way to work around the lack of funding from the state.

KOMU 8 News reached out to the Missouri Department of Higher Education for comment, but was told the department could not do an interview.

In an email, the department said: "The Bully Prevention Lab does not have its own line item in the appropriations budget set by the Legislature, so it would be an internal budget item for Mizzou."

Rose said he is structuring the lab to where it's more of a business model.

"If I go out and do trainings, they pay the university, that money goes back into the lab, then that way I can support my students," he said.

Doctoral student Jessica Simpson said she believes funding is so important, because the lab addresses issues happening all over the country.

"For some reason, a lot of the bullying grants just aren't hitting," Simpson said. "So, I think it'll me more and more important, as we see all of the school shootings and stuff, that social skills and bully prevention training is really important to be given to students."

She said even though there is a lack funding, the lab is still able to accomplish so much.

Rose said his whole goal is to continue serving in schools without having to worry about finances.

"I believe in what we do," he said. "I believe that all kids should go to school in a bully-free environment and I don't want finance to really be the hurdle that we are facing in order to provide kids with services."

Simpson said if people want to donate or learn more about the lab, they can visit the lab's Facebook and Twitter pages.