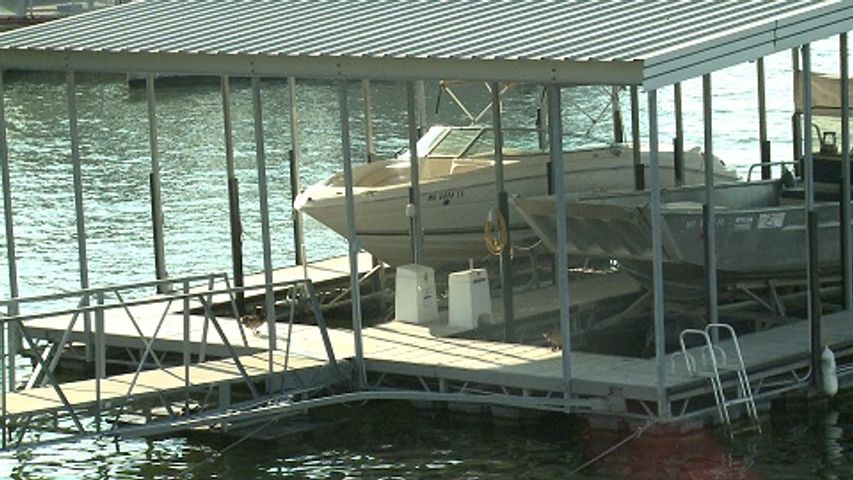 LAKE OZARK - An electrician from Eldon started offering free lake-area dock inspections this week.  Dan Strickland, Manager of Mr. Rewire Electric, told KOMU 8 News he decided to not charge for inspections after he was saddened by the recent tragedies at the lake.

Strickland said ever since the three recent deaths due to dock electrical problems, he couldn't sit back and watch more people get hurt without doing something.

"It broke my heart when I read about those two kids [Alexandra and Brayden Anderson] and I didn't know a way to pay tribute to them...and I sat around, and I thought about this, and I spoke with my guys. I said look, we could easily get money for doing these inspections, but should we? But it was unanimous--everyone said let's do it for free." So Strickland put a spot on a local radio station advertising the free inspections.

Strickland said three trucks spent all Tuesday inspecting docks of lakeside homes. He said he received about four calls an hour and inspected at least 50 docks.

"We were going to do this to make safe docks out here on the lake, cause this is our home. My guys live here, I live here, and ya' know, the last thing I want to do is attend a funeral of one of my neighbors."

According to Strickland, many docks haven't been inspected in several years. He said many docks he looked at are becoming outdated and new electrical precautions need to be made.

A KOMU 8 News reporter spent part of Tuesday afternoon travelling with Strickland as he inspected docks at the lake.

On the route, Strickland found problems with two docks. Both had the necessary ground fault protection, but extra steps are needed to ensure electricity, if produced, would not travel through ladders and walkways to the dock. In one of those docks, Strickland also discovered frayed wires.

The family who owns that dock told KOMU 8 News they immediately paid the fee to replace the wires. They said now that they were made aware of their docks problems, no amount of money is worth the possible consequences of ignoring the problem.

Strickland said he will continue checking docks for free until he stops receiving requests.

He added he hopes to see Ameren enforce stricter requirements for dock inspections in the next couple years.