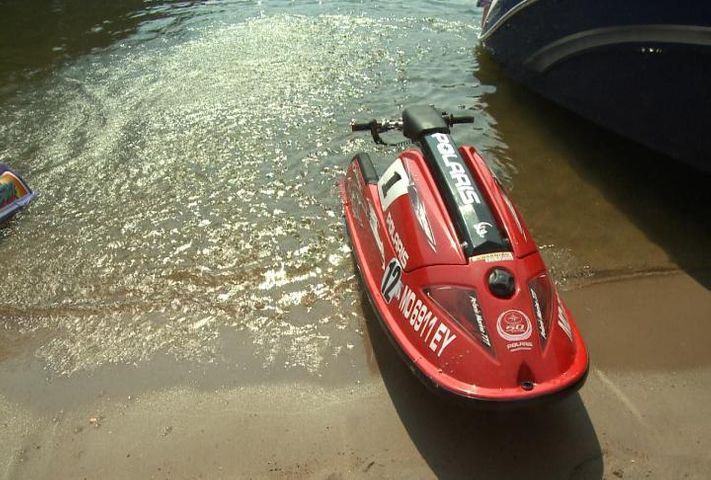 SUNRISE BEACH - The Lake of the Ozarks Shootout festival marked its 25th anniversary this year.

Attendees said the nine day event has been marked by great weather and great water conditions. The Shootout is an annual off shore boat race with a straight course in which participants race against their own times and not necessarily their opponents. The proceeds benefit the Lake Area Rescue Teams and other charities.

The event draws spectators and vendors alike. Vendors say this year has been good for business.

One vendor, The Ozark Shark, says that public turn out this year has been great. It sells hats, clothing, and other merchandise at the stand.

"[Sales] have gone well. I think it's going to be a good weekend. We're an apparel business and with the heat people are looking for hats, they're looking for tank tops, which we have all of those and we're running 25% off on all the products, so I think we'll have a good weekend," said Dave Schilli, co-owner of The Ozark Shark.

"It's definitely warm today at the Ozarks, that's for sure," said Bill Kays, local business owner of Bill's Mobile Marines.

Some say this time last year was even hotter. "Last year was cooking, it was a lot hotter last year. It's humid this year but not as hot as last year. Last year we didn't have much water, the lake was a lot lower. It was tough last year...but every year this event grows" said Alex Ashcroft, race participant and owner of JetSki Me.

People who attended the event Thurdsday spent time shopping, swimming, eating, and watching the various races. Many agree it is a good note to end the summer on.

The last day of the festival is Sunday, August 25th.