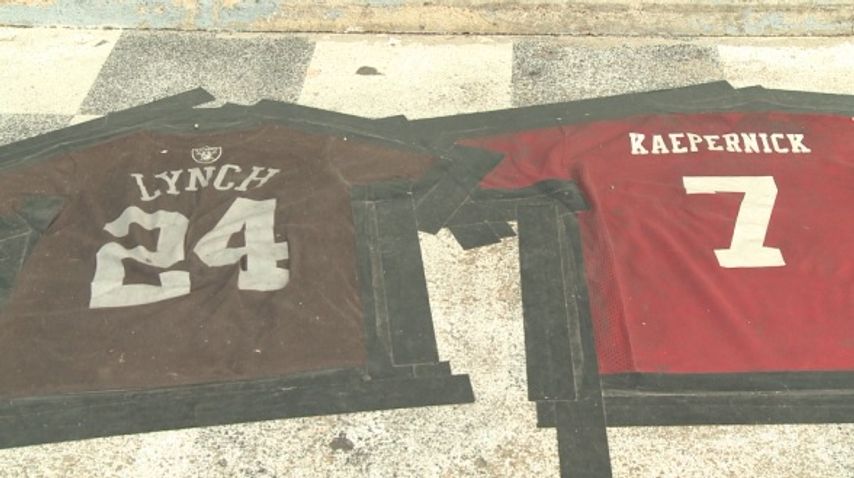 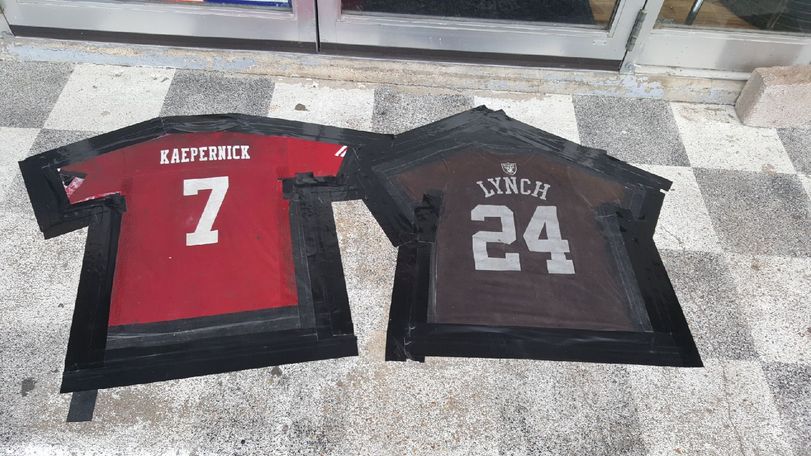 LAKE OZARK – A Lake of the Ozarks bar owner was taking heat Tuesday for what at least one passer-by saw as a racist doormat out front.

“It’s not a race thing,” said Jason Burle, who owns the S.N.A.F.U Bar near the Bagnell Dam. “A lot of people want to twist it around to be a race thing.”

Burle said he ordered two NFL jerseys to be used as doormats outside his bar after NFL players started kneeling during the national anthem at football games.

“We pulled them out of the box, taped them down. There was no ill-intent,” Burle said.

“If someone thinks that I mean personal harm to someone, they don’t know me,” Burle said.

But that’s what crossed Taylor Sloan’s mind when he saw the jerseys outside Burle’s bar over the weekend.

“That’s not the Missouri I know,” Sloan said. “It just kind of upset me really bad. Put a bad taste in my mouth.”

Sloan posted on the bar’s Facebook page. He and Burle had a heated exchange online.

Sloan wrote on the page, "You are also expressing hate, violence and continuing American racism under the faux guise of patriotism."

Burle responded, "It's funny to me that someone would look that far deeply into it just to find a racist link."

Burle told KOMU the doormat is about standing up for himself and his family, many of whom served in the military. Burle spent six years in the Air Force. Seeing NFL players kneel during the national anthem didn't sit well with him.

“A lot of us military folks take that personal to heart," Burle said.

“It was kind of our way to give back, I guess," he said. "We give discounts to veterans, we have a hall of heroes inside. We have flags that have flown overseas mounted inside."

“We have some people’s fathers, grandfathers, uncles, aunts," he said.

But Sloan doesn't remember the bar for the pictures of veterans. Instead, he remembers the doormat he saw as racist.

"I thought I needed to document it," Sloan said.

Burle said, “If he came in and actually told me at that moment or my manager, it would’ve been taken care of that moment exactly.”

Sloan said in his online conversation with Burle, he didn’t think Burle saw the problem with placing “Lynch” and “Kaepernick” back-to-back.

“If he honestly didn’t see that, he should change it,” Sloan said.

Burle sent a picture to KOMU Tuesday afternoon, showing that he switched the placement of the jerseys. He said his makeshift doormat is about nothing but respect for the American flag.  While he recognizes NFL players’ right to kneel during the anthem, he disagrees with it.

“I commend them for what they’re doing, as far as the right goes. I fought for that right,” Burle said. “The same thing that gives them that right gives me the right to place these out here.”