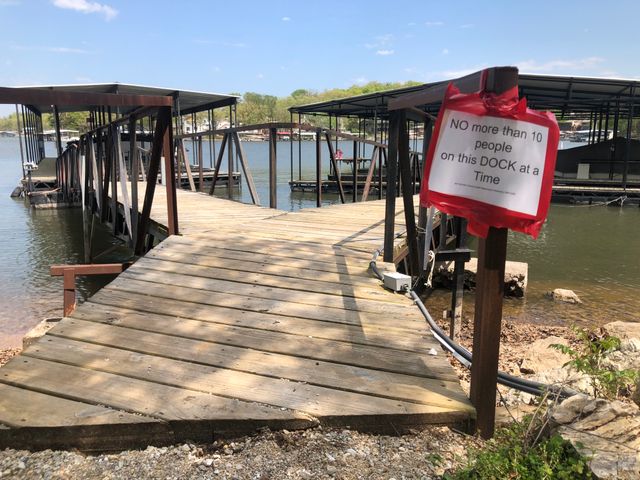 LAKE OF THE OZARKS – As the state prepares to re-open, lakeside businesses are gearing up for an unusual season of tourism, with questions remaining on how to go about it as safely as possible.

George Tucker is the owner and manager of Paradise Restaurant and Bar in Sunrise Beach. Last week, he opened full-time for the summer, currently offering lakeside food and drink pick-up.

“This past week, a couple days were nice, and I think Paradise had missed 87 calls that day,” Tucker said.

He said there’s many people in his neighborhood right now who he’s never seen use their summer homes before. This gives him hope for businesses like his as the weather gets more consistently warm.

“There’s a lot of people in town, it’s just hard to execute because technically we’re working with a handicap here,” Tucker said. “It’s a lot harder for us to run the restaurants the way we currently are.”

He said he hopes Paradise can be opened to 50% capacity in just a couple of weeks. He’s already working to remove half of the tables indoors and re-arrange the remaining ones. Tucker said the procedures in place now will likely continue throughout the summer.

“When we do open inside eating, we’re trying to figure out a way to get it to one area of the dock, just a couple of slips where you can still do dockside like what we’re doing right now,” Tucker said.

He is hopeful Paradise will continue business as usual, despite procedures being anything but normal. Most operations can be done outside, meaning there can be little to no contact between an employee and customer. Gas pumps are full-service, and the food is no longer delivered by hand.

“We were actually in a meeting and the head maintenance guy at Paradise said, ‘You know you guys should have a zipline as a way to get the food down to the dock,’” Tucker said. “He was joking, but we were like, ‘woah, that’s a great idea.’ So, we had that thing working 48 hours later.”

Across the lake at Alhonna Resort, business has not been booming. In fact, the family owned and operated resort isn’t offering any sort of food pick-up services until there are more boats on the water. Co-owner Sheryl Elia said Alhonna’s location by land just isn’t optimal for carry-out.

Business as a whole at the resort between boat rental, gas sales, room reservations and dining had dropped 75% by the end of March, according to Elia.

“We’ve canceled over 180 reservations to date for the spring and summer,” she said.

Alhonna centers much of its business around family reunions and many spring fishing tournaments each year, which have all been canceled. This hasn’t stopped the resort from taking full precaution and planning for a busier summer, however.

The business is blocking a day between every stay for room reservations to thoroughly clean. Sheryl’s husband, Mike, does a deep, anti-bacterial clean on each of its rental boats. He also said customers are being asked to step onto the dock or on the opposite end of their boat as employees fill the boat with gas.

“It’s just kind of a wait and see attitude to see how less stringent the social distancing aspect of the business will be,” Elia said. “Whether we can have more people, or have people closer together, really is what it ultimately boils down to.”

While both Paradise and Alhonna are seeing business differently, they both agree there is no real guideline on how to operate fully in a COVID-19 climate.

“There’s so little clear direction about what it is we’re supposed to be doing,” Elia said. “It makes it very hard to plan right now.”