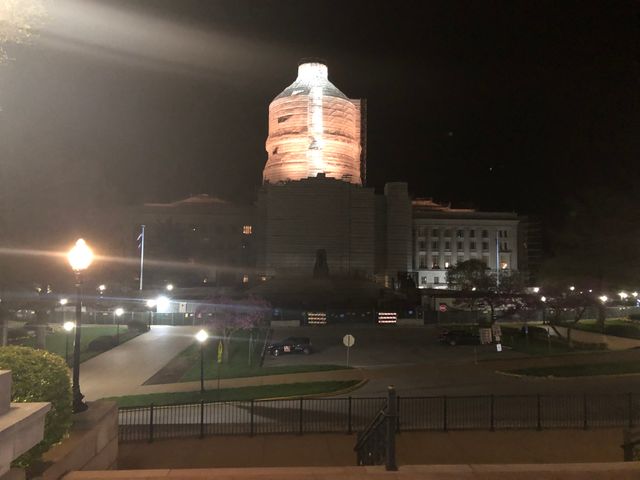 JEFFERSON CITY - Tuesday members of landowner alliances and other agricultural organizations throughout the state will rally together in support of House Bill 1062, sponsored by Rep. Jim Hansen, R-Ralls County.

This bill, if passed, would, "prevent merchant transmission lines like the Grain Belt Express from using eminent domain," says Marilyn O'Bannon, a member of the Eastern Missouri Landowners Alliance, and supporter of Hansen's bill.

The bill is meant to be in opposition to the Missouri Public Service Commission's unanimous approval for the Grain Belt Express, a wind-powered transmission line meant to send energy through the state of Missouri and on to the East Coast.

But with the commission's approval, the private company who owns the transmission line will be allowed to use eminent domain to obtain the property it needs to build them.

"It's a misuse of eminent domain, especially when a transmission company does not even fit the definition under Missouri law as a utility," says O'Bannon.

Clean Line Energy Partners is the company conducting the project. The company is asking for a 150 to 200 foot easement. Their website states the landowner can still farm in that land. However, opponents said that some crops like corn would violate height restrictions.

Hundreds of concerned farmers were at the rally. One family in Ralls County spoke about the impact this line would have on his property.

“We’ve worked hard all our lives. Nobody in our family has really owned any ground and we don’t own much.  Just a 31 acre spot. Then several years later we find out that this comes about as a possibility,” Tom Mcafee said.

Tom and his wife Dana have owned that land for 11 years.

“This is where we plan to retire,” Mcafee said.

He said if this bill doesn’t pass, the electric line would destroy that dream.

“If they happen to establish it the way they had in their maps, if they came over the top of our home, we’d have to rebuild our home,” Mcafee said. “We’d have to move our home to a different place or we will just have leave and build somewhere else.”

Representatives had the same belief. Many spoke on how damaging the line would be and how private property rights need to be taken care of.

Other Representatives who opposed the bill said it was too specific and targeted at one company.

Representative Deb Lavendar said it would be good to bring renewable energy to our state and that there would be fair compensation.

“We’re not taking a tremendous amount of productive land for this so there’s some extremely good reasons to do this,” Lavendar said.

Mcafee and his wife Dana agree that they just want this to be over. “We’d like to see this over with," he said.

“It needs to be finished,” Dana continued.