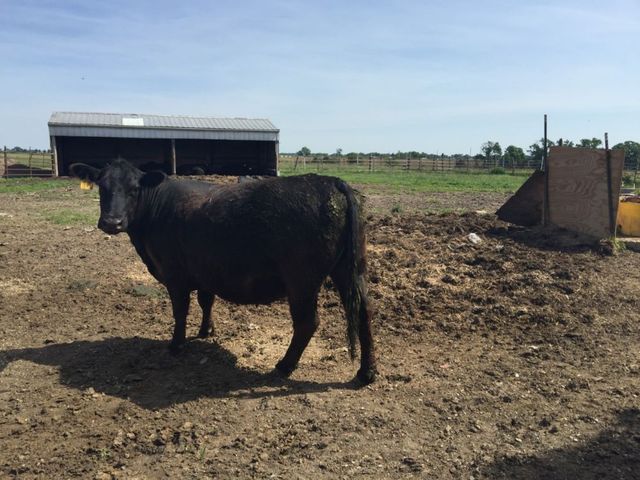 FULTON - The Missouri Outdoor Recreational Access Program (MRAP) has some private landowners concerned about the liability of their land.

The Missouri Department of Conservation introduced the program, and it's goal is to make more private land in Missouri open to the public. The state wants to enroll about 10,000 acres. The public would be able to hunt, fish, view wildlife or relax on the property.

Jeff Jones, owner of Jones Angus Farms in Fulton, has an open mind to the program because he believes it's important to "connect the people to the land." But the possible liability a private landowner could endure concerns him.

Jones said he does hunt on his property.

"We do a lot of tours and interviews here, but whenever we do it, it's supervised," he said. "To open it to the public may not be a program that will work for us here if it's not supervised because we've got so many dangers here. They may not be a danger to me because I grew up and understand what's going on here, but to somebody who has not grown up in the same ways that we have there might be a lot of dangers out here that would create problems and issues. We want positive things to happen here on our farms, not negative things."

Jeff Esely, MDC Private Land Conservationist, said the Missouri Recreational Land Use Act would protect a private landowner who participates in the program.

The landowner would only be held liable if he/she fails to warn the public about possible dangerous conditions on the property, if he/she charges the public to use the land, or for injuries occurring on or in land within the boundaries of a city, town or village, a swimming pool, residential area or non-covered land.

Participant in the program and landowner Tony McCauslin said liability was a concern for him when he decided to enroll.

"I increased my personal liability insurance just in case. I know that theoretically they're not supposed to be able to win in court, but it doesn't mean they can't take you to court. And if you've got to go to court you still have to hire a lawyer to defend yourself."

McCauslin's farm in Marceline is open to the public to hunt squirrels, rabbits, quail and any small game. He joined the program because he wanted his property to be utilized more.

"The farm is large enough, and we don't really need it all just for ourselves. The rental fee also helps me make the improvements that I want to make on the farm," he said.

Private landowners who choose to voluntarily enroll in the program and are chosen to participate could make between $15-25 per acre.

"To some people this program might work," Jones said. "In our situation here, it wouldn't necessarily be about that $25, it would be more about positive things happening on the farm instead of negative things and if wasn't supervised, I would be very fearful of it."

"That's a pretty small carrot for the risk and responsibility that goes upon opening your land up to the public," he said.

Since joining the program McCauslin hasn't had any damage on his property.

"I think hunters in general are a pretty courteous bunch," he said.

Jones said he thinks the state wants a better understanding of what's going on with the landowner's property and their conservation practices.

"I believe they are extending their hand and trying to do a better job with what they're doing in the conservation world," he said. "You know, in what we're doing here we need the conservation. We want them to prosper and do well, but we all have to be able to prosper and do well together. Since it's not anything other than voluntary, I don't think it's an outreach at all. It's an opportunity to some, but it won't be for everybody."

McCauslin said he thinks the demand for public ground is increasing though.

"I know in our area there are some public hunting grounds, but it doesn't really keep up with the demand. I think a lot more people want to use the land than what is available."

To learn more about MRAP or to enroll in the program you can visit their website here.