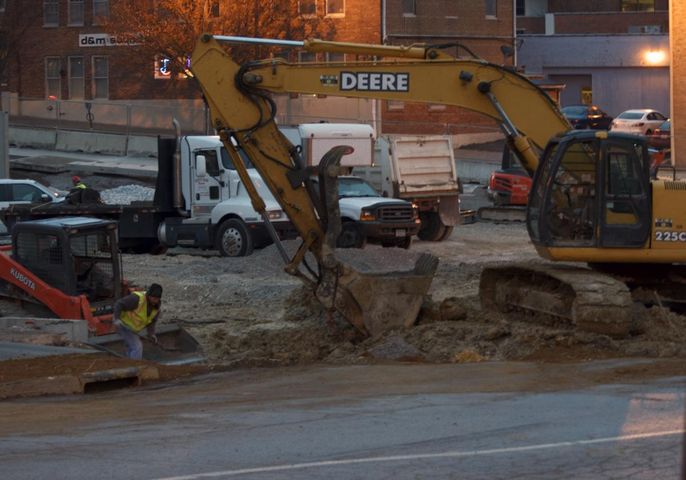 COLUMBIA - Opus continues to build a storm and sanitary sewer at the site of a future student housing complex.

The construction of the sewer will cause continued lane shifts along 7th Street, Cherry Street and Locust Street.

According to Opus, roads will reopen on December 5th when the sewer will be completed.

Opus still received approval from the Columbia City Council to build in May.

A construction worker digs on a street in Columbia, Missouri, on Friday, Nov. 21, 2014. Columbia Public Works, working with Opus Development Company L.L.C., is completing the construction of a storm and sanitary sewer. (KOMU/Berkeley Lovelace)

Completion of a storm and sanitary sewer continues on Friday, Nov. 21, 2014, in Columbia, Missouri. The construction caused continued lane shifts in the downtown area. (KOMU/Berkeley Lovelace)