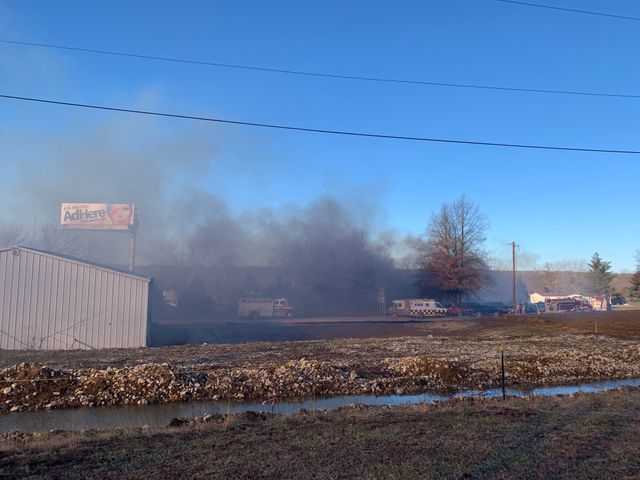 CALLAWAY COUNTY- Firefighters responded to a call around 8:30 AM Tuesday about a structure fire near Old Highway 40 close to the Boone-Callaway county line.

Boone County firefighter Josh Creamer said they will work to contain the fire to the building they believe it started at and then begin an investigation.

He confirmed there were no injuries.

The owner of the company was not there when the fire started.

When firefighters arrived on scene, about 25 % of the building was on fire as well as several cars and a trailer.

North Callaway fire chief Lana Karhoff said they are unsure as to what caused the fire, and it will most likely remain undetermined because "there isn't enough of a building to really investigate."