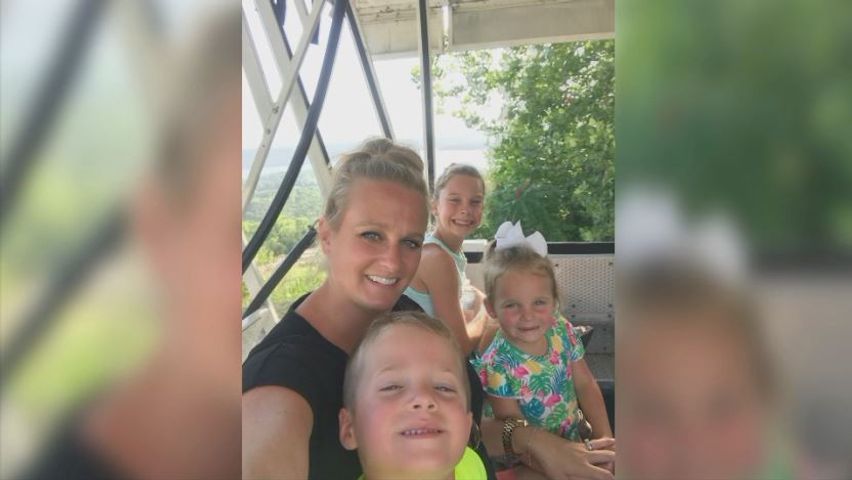 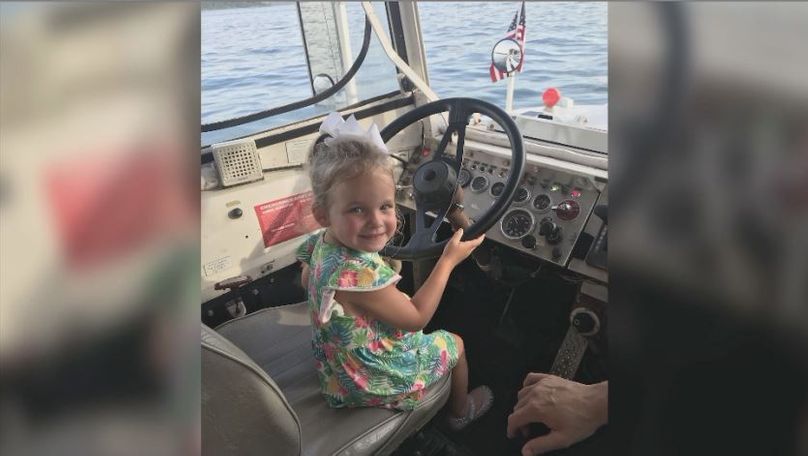 One of Reid's children helps drive the duck boat during the trip. She said all of the kids on the boat got to give it a try. 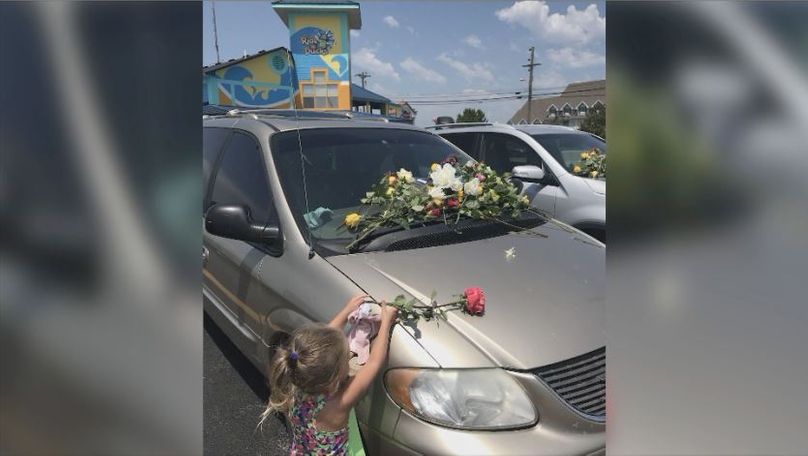 Reid and her children went to lay flowers on the cars left at the parking lot the day after the tragedy. 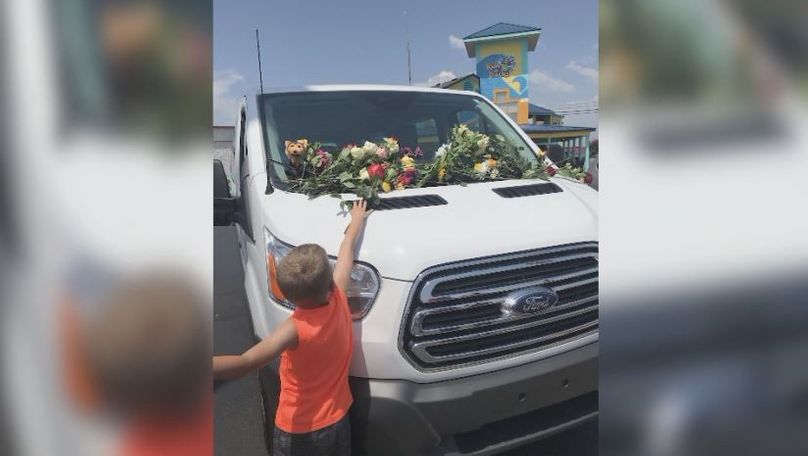 One of Reid's sons laying flowers on a car left behind in the parking lot of Ride the Ducks. COLUMBIA - A Columbia mom said she almost got on the duck boat that capsized on Table Rock Lake with three of her children Thursday.
Reid got back from a family vacation in Branson Sunday and spoke with KOMU 8 about the what ifs she continues to battle.
"I did put it together. Wait a minute, that was the boat behind us, that was the boat we were supposed to be on. Then, it started to hit me," Sarah Reid said.
Reid said they had never been on the duck boats before last week.
"The 'Ride the Ducks' operation is located pretty close to our time share," Reid said. "The kids kept asking, 'Can we please go on Ride the Ducks?' And we thought it looked like fun."
She said they waited in line for about 15 minutes before they got a chance to get out of the heat a little sooner.
"And the gentleman sort of loading the boats asked, 'Is there anybody with a smaller party," she said. "Oh my gosh, it's so hot and I thought, 'Yes, yes, we're a smaller party.' And he said, 'It's your lucky day.'"
She later realized that change may have been life saving.
"We say luck maybe, but we think somebody was watching over us."
Reid said their boat left a little bit before the two boats caught on camera struggling on the lake, one of which capsized. So, she said they only experienced about 20 seconds of windy conditions on the water. Still, she said the weather came as a surprise.
"It was gorgeous, it was sunny and all of a sudden the storm was on top of us. Thank goodness we were exiting," she said.
Later, she learned what happened to the other boats. Her sister called her to check and make sure they were safe knowing they were vacationing in Branson. That's the first Reid had heard of the tragedy.
"I was just like, 'Oh my gosh, that is insane...we were just on that.'"
The realization hit hard.
"What if those had been my kids," Reid said trying to hold back tears. "Or, thinking about those families that are dealing with what they're dealing with right now because I still have mine."
She said she remembers seeing the Coleman family that lost nine members in the accident. And would say this to the mother who survived, "That I am so sorry that I sat there in bed on Thursday night with my kids and all I wanted to do that night was come find her and give her a big hug because I can't even imagine what she's going through right now."
Reid said there were life jackets on board and the crew went over how to wear them before they went on the water. They were never instructed to put life jackets when the water began to get choppy.
Reid said there was never a sense of panic on her boat because they exited just after the winds picked up.
She said it hit her the most when she went to bed that night.
"I'm not sure it actually hit me until that evening when it was time for bed. I couldn't put the kids in their own beds...I pulled them all in my mine and I had to be able to touch all of them."
Reid said the overall experience on the duck boat was positive and they had a good time. But, she doesn't want to go out on one any time soon.
"I feel like at this point we are living every day to its fullest. We are realizing that every day is a gift and we'll appreciate every day that we have."
The family put flowers on the cars left in the parking lot the next day.