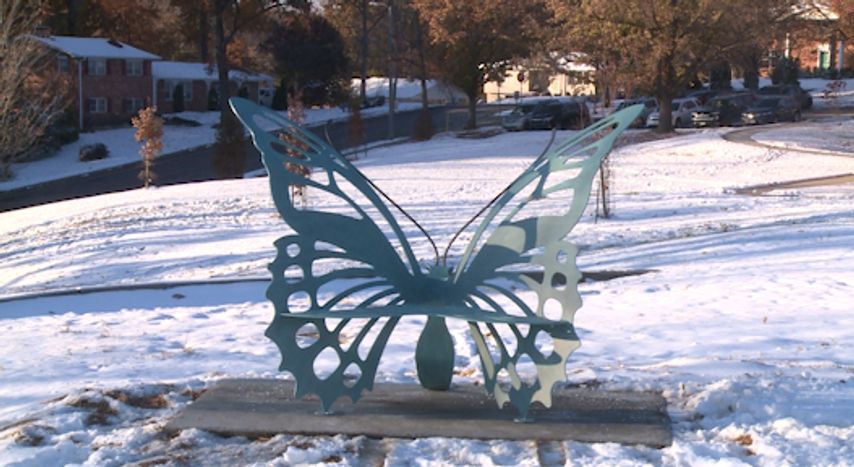 The butterfly shaped bench dedicated to the late Mayor Darwin Hindman is placed right next to the playground at Russell Boulevard Elementary. It's available for anyone to sit on, and has Hindman's name on a gold plaque in the center.

A kindness tree and bench in the shape of a butterfly were dedicated to the late mayor, who passed away in June.

Hindman served as Columbia's mayor from 1995 to 2010, over the course of five terms. Hindman's wife, Axie, spoke before the ribbon cutting, citing how much Darwin would have enjoyed it.

"He was a firm believer in Columbia Public Schools," Hindman said.

"He always struck me as a great statesman and someone who really cared about other people," Thomas said. "He had the tools and skill set to do something about that."

The dedication also included a song performed by the students as well as paintings of butterflies to celebrate.

"[Hindman] was a great champion for the city of Columbia and the Columbia public school system," Thomas said. "He always said having a strong school district was the base of a strong city."