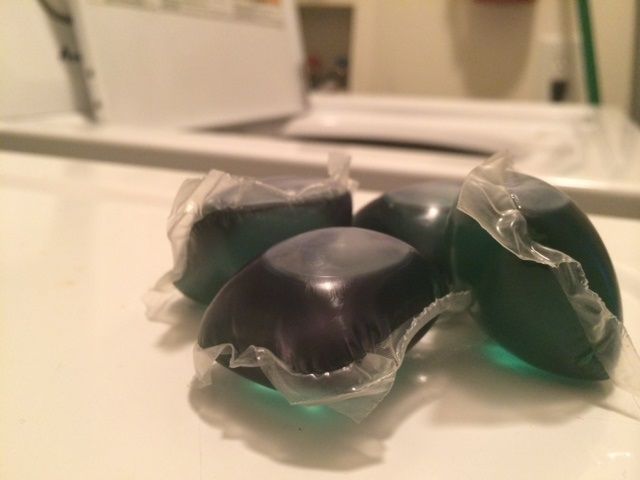 COLUMBIA - Consumers might not initially think of them as hazardous when cleaning clothes and washing dishes, but laundry and dish detergent pods can cause harm if consumed by children.

According to the American Association of Poison Control Centers, 9,935 children were exposed to laundry pods between January and October of this year.

"Children are naturally curious, so being able to keep them out of reach, keeping them in original packaging, would help with identifying substances," Basnett said.

Ashley Rayfield uses laundry and has a 10-month daughter who is now crawling.

Rayfield said she keeps all laundry pods on top of her stackable washer.

"We don't even allow her to go into that area." Rayfield said.

The Missouri Poison Center reported 312 exposures in Missouri this year. Seven of the children were admitted into an ICU, but most cases, 177, were managed at home while 109 were treated in a health care facility.

Basnett said children who consume a laundry pod may display symptoms including vomiting, gasping,wheezing and, in serious cases, children may have blue skin due to a lack of oxygen.

If a child does eat a laundry pod, Basnett says it is best for parents to seek medical attention or call the poison control hotline at 1-800-222-1222.

One proactive step parents can take is to maintain an updated list of their children's height, weight, age, current medicines and health conditions. This list can be used to answer the typical questions medical staff ask when assessing a potential poison case. Medical staff might also ask for a description of what was consumed and how much.

"It's better to be prepared and not have an emergency than struggle through it," Basnett said.

Basnett also explained why the pods are more dangerous than regular laundry powders.