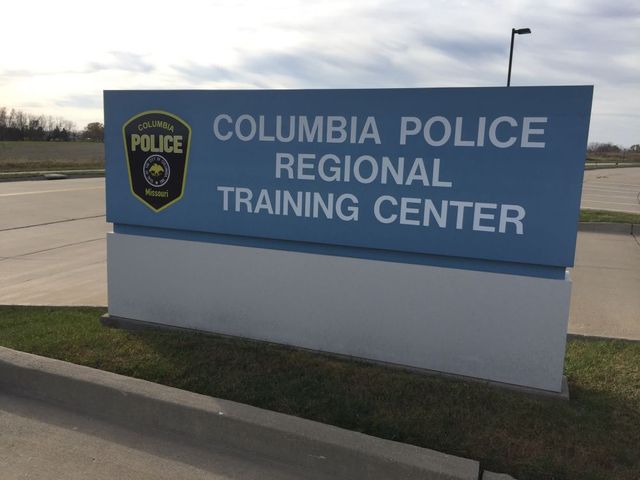 COLUMBIA - Over the past year many people have witnessed a divide between law enforcement officers and the community. With that divide comes a need to fill law enforcement positions.

Recruiting efforts from law enforcement agencies in mid-Missouri have greatly increased. Columbia Police Department even created a position for recruitment.

Richard Horrell holds the position of Police Department Training and Recruiting Sergeant. Horrell and said Columbia is not exempt from the national shortage of police officers and that here in mid-Missouri the sheriffs department to the MU police department are all having a challenge of capturing quality candidates.

Horrell has helped recruiting efforts with the Columbia Police Department and has actually seen the number of applications increase however the problem lies with the need for qualified applicants.

“A lot of people are not able to make our requirements such as college education or testing purposes so those are things that weed people out but we’re always looking for people all the time,” Horrell said.

It is up to each state to set the requirements for becoming an officer. However some states are looking to lower their standards to fill the need for law enforcement officers.

Prior drug use and not being able to pass the tests along with prior schooling are key aspects in turning away potential applicants. Some states may start looking past the age-old standards. In Arizona, the state’s Peace Officer Standards and Training Board adopted new guidelines to allow prior use of the drug, Adderall, if the use was not extensive.

MU Assistant Director of the Law Enforcement Training Institute, Adam Duncan, said he doesn’t see the recent changes as a lowering or relaxing of standards but rather more targeting of what they want to recruit in the field.

“If an applicant can articulate if they can say yes I mad this mistake this is what I’ve learned from it I’m a more well-rounded person. I’ve gained a great deal of maturity. I’ve learned from those mistakes then that shouldn’t necessarily be a dis qualifier. For misdemeanor and infraction offenses where the officer can then use that experience then I think it at least makes sense to at least interview them,” Duncan said.

Though some standards around the nation are being changed Missouri still holds their current standards and Sgt. Horrell said they won’t see a decrease anytime soon.

“I don’t see a lowering of the standard for any of our criteria. We’re an agency that’s always been focused and dedicated on quality, character, professionalism, and dedication are the things we strive for. I think lowering the standards won’t help that at all.” Sgt. Horrell said.

Horrell said the applicant pool has increased over the last four years however the number of people who withdrew or failed to go through the testing process has also increased resulting in a smaller applicant pool.

“That creates some challenges so the number of people that are eligible to hire is actually gone down over the last few years,” Sgt. Horrell said.

Duncan said almost every agency is looking for officers and that very few are full staff.

Horrell did site retirement and changing careers as a major reason for having a low retention rate. Both Duncan and Horrell site other aspects that is hurting law enforcement recruiting and retention like:

“We’ve seen a bit of a decline in the respect that’s given to law enforcement. There was a time that by wearing the uniform it was assumed that you were an upstanding upright protector of your community and now that’s questioned that’s scrutinized,” Duncan said.

“I think the challenge we face is people need to be interested in this job and it doesn’t really matter who you are. You have to have a certain drive in your heart. A dedication for service. So getting people who have those characteristics is a challenge,” Horrell said.

Both Horrell and Duncan have increased their recruitment efforts in schools. Horrell said he attends high school, middle school and college job fairs to get kids interested in law enforcement. Horrell said he tries to target college justice programs.

“We’re also working on partnerships with college criminal justice programs that do not have an associated academy so that we can get college credit and they can get their law enforcement certificate,” Duncan said.

“I was looking for a job and I was greatly encouraged to go into law enforcement by the example I saw from the law enforcement officers in that situation,” Manring said.

With some states looking to decrease their standards and having nationally low retention Horrell is confident Columbia and the rest of mid-Missouri is good hands.

“Fortunately in mid-Missouri we have some of the best law enforcement agencies out there,” Horrell said. “I welcome anyone to come into mid-Missouri and look at our agencies. I think they’re a great opportunity to serve our communities.”