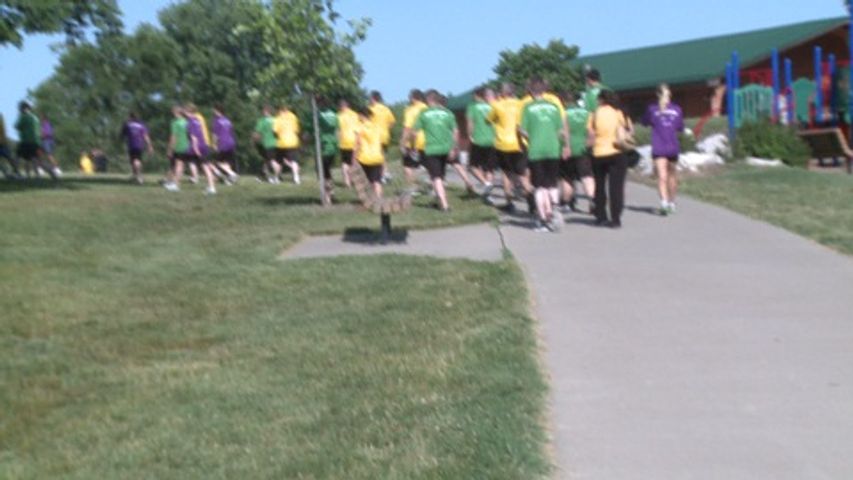 COLUMBIA - Law enforcement from all over Missouri participated in the annual torch run on Tuesday. The run started in Jefferson City and ended at the University of Missouri in Columbia.

For the past four years the torch run has been hosted in Springfield, MO., but Columbia residents voted to return the run to Columbia.

Columbia police officers blocked off walnut street up until MU's campus for the runners. Officer Alan Mitchell said he was excited for the ride.

"This is a break from the normal patrolling shift so I am exciting," said Mitchell.

Officer Cindy Mclane said events like these are necessary to support Missouri athletes.

"There are over 16,000 athletes in Missouri and we want to help raise money and awareness for things like the Special Olympics," said Mclane.

Out of those 16,000 athletes and 2,000 made it to the finals in their various cities and will participate in the Special Olympics competition. The competition will consist of events from track to swimming and even bowling.

Following the torch run there was a ceremony held at MU's Tiger Plaza to congratulate all the runners and to encourage the competitors.

Special Olympics board member Randy Boehm said his favorite part of the run is seeing the athletes happy.

"Spending time with the athletes is so great," said Boehm. They are a group of gracious people and they appreciate any attention they get. It is so nice to see that enthusiasm and to help those who really need the assistance."

The Special Olympics officially starts on Wednesday, May 30 and will continue until Friday June 1. For more information visit somo.org.