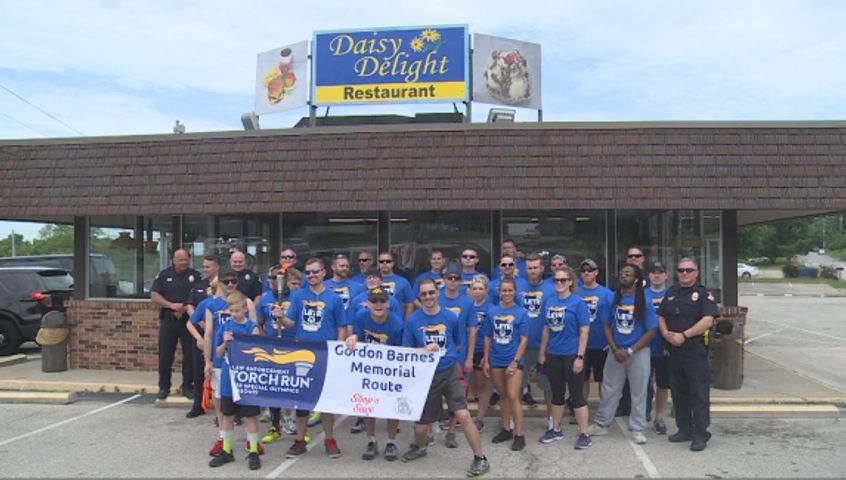 The annual torch run began Wednesday morning at the Daisy Delights restaurant where Jefferson City law enforcement and Special Olympic athletes prepared for their four-and-a-half mile run.
a race,  a run."
Crystal Sc is the law enforcement  with Missouri Special Ohe said Special Olympics is a year-round sporting organization.
"Our athletes can do a whole lot more than people think and people think that we modify everything for them. We don't."
Schuster said it's not about what the Special Olympics athletes can't do, it's about focusing on what they can do.
One , Derek Sandbothe, said this run is important to commemorate a fellow olympian, Gordon Barnes, which gives him motivation to keep running.
"Just being able to see how people with disabilities can actually be active within their community in such a positive way and to be able to influence other to do the same thing."
Debbie Brown, owner of Prison Brews, is one community member who helps support the Law Enforcement Torch Run.
The athletes and officers take a short bathroom and water break at her restaurant before finishing their run.
Brown was a special needs teacher for 30 years before owning her restaurant. She said the event is a great way to give special needs awareness and support while bringing the community together.
The athletes are traveling to S early Fr morning to compete in the M Special Olympic State Summer Games.