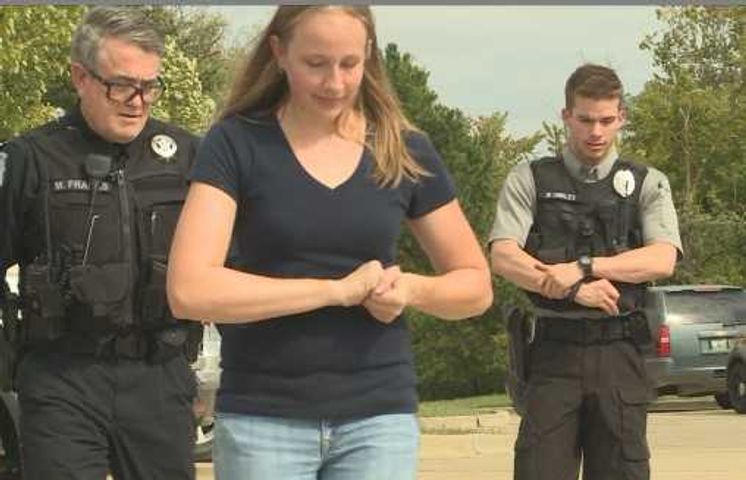 Friday, deputies and officers practiced responding to people with mental health concerns. While designated role players acted out a scenario, groups of officers determined what steps to take.

Jared Rausch, a Boone County Sheriff’s Department deputy, was a role player during the training.

“There’s a lot of fluidity with it,” Rausch said. “For me, given the certain type of situation we’re presenting, I’ll draw on some past experiences, people I’ve dealt with and something I felt was challenging in the past, and then see if what I present to them will be something that could be informative and educational for the people that are actually doing the scenario.”

Rausch said the scenarios often incorporate officer safety issues and touch on gray areas, like whether or not someone needs to be hospitalized. His scenario involved people checking on him for using “odd behavior” after someone called 911 on him, Rausch said.

In other mock scenarios, officers responded to someone with suicidal tendencies, someone with schizophrenia and a veteran with PTSD.

“For people who have not been exposed to it, or maybe they’re in an environment where they don’t get a lot of calls for service for something like this, it’s hugely important,” Rausch said.

Courtney Wells is a social worker and community mental health liaison with Burrell Behavior Health. Wells helped organize the event. She said she steps in during the mock scenarios if needed and provides feedback.

Wells said the training program is not easily accessible for rural communities with small departments. Within the last year, smaller departments have done training for one day during five weeks, Wells said.

"It's hard to get people to get time off of what they're already doing for all their training, to get in here and to do this," Rausch said.

Law enforcement in Columbia has participated in Crisis Intervention Team training since 2009.